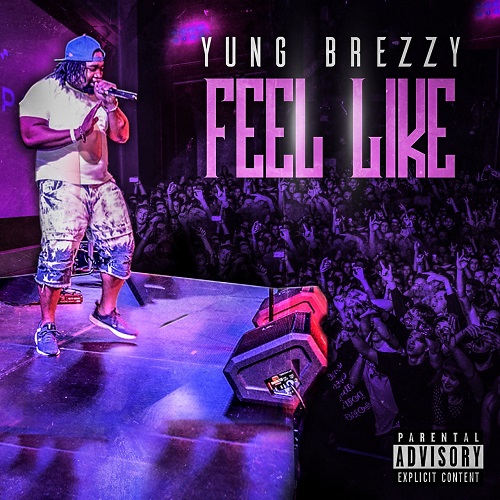 Yung Brezzy released his latest single “Feel Like”, the first single to his forthcoming album EMOTIONS AND SITUATIONS, via gatekeeper SSMG/UNIVERSAL MUSIC GROUP DISTRIBUTION on November 8th. The new visual was premiered on Hip Hop Weekly! Not only does Brezzy flex his real life situations on the track, but also
his come-up, while simultaneously perfecting his craft to create, build, and connect with the people. Another theme showcased in the single in his rhymes is the message of “being anything you want to be with determination, hard work, and commitment, the skies the limit.”
Now Yung Brezzy is a dedicated member of the Breast Cancer Awareness and Drug Free Awareness with local schools of Alabama. He is also a participant of the United Saints Recovery Project of New Orleans, Louisiana.
We anticipate this single to top the charts on all streaming platforms. Prior to this impending release, where Brezzy intends to expand his sound, the rapper garnered major success on the previous sequence album “Life Lessons” which recently topped the BDS charts in New York.

Connect with Yung Brezzy on social media @iamyungbrezzy on IG and Twitter.