SAN FRANCISCO, CA – Island vibes meet R&B and Soul on the light and inviting new single from singer and songwriter Spirit. “Ocean” is a slow-jam island vibe with a steel drum foundation that works perfectly as a counterpart to Spirit’s deeply moving and soulful vocals. Written as an homage to her grandparents, who passed away within a couple of weeks of each other in 2011, the song explores the feelings of sadness and nostalgia that come when mourning a loved one. With a hook that says Just don’t go to the ocean without me, Spirit weaves words that evoke a deep sense of longing while also offering an element of hope.

“This is a song that is a tribute to my late grandparents,” Spirit said. “I do intuitive readings and my grandmother had the gift of clairvoyance that she never got to fully explore. On our last visit with them we were having a very emotional goodbye and we both had this intuitive feeling that it was the last goodbye. I even told my dad that something was different about that goodbye. My grandma went into a coma and passed away not long after that, and my grandpa died of a broken heart about two weeks later. As I was thinking through my feelings about it I was messing around on the piano and I came up with the hook and everything took off from there.”

At a very young age Spirit began her journey performing and writing deeply soulful music, often amusing crowds with the stark contrast between her powerful tenor vocals and petite physique and speaking voice. With a wealth of handwritten songs that she said are channeled by a higher power, she began recording in professional studios at around age 14. She said she has known from birth that it is her lifelong and eternal mission to transform a lifetime of immense pain into tranquility through music. She said she wants to manifest healing musical vibrations to share with the world and to use her platform to create positive change for all.

“I feel like I am on a mission,” she said. “I have to write down these message I get from God and pass them on in healing ways to others. I just know I have to do this before I die. I only write what I feel I’m being told to say in the world. And I’m only doing it for a good cause. I want it to be healing, uplifting, and to change some hearts that may have been hardened. I want to use my platform to create a lot of change. That’s all I want to do.”

In addition to “Ocean,” Spirit has another single called “Back In The Day” that has been getting a lot of attention from fans all over the U.S. She’s also working on an EP that she said will be released later this year.

To listen to Spirit’s music, or to follow her on social media, please visit the following links: 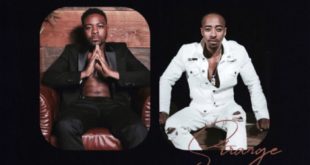 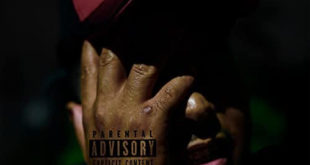