Stand-In – Burn It Down 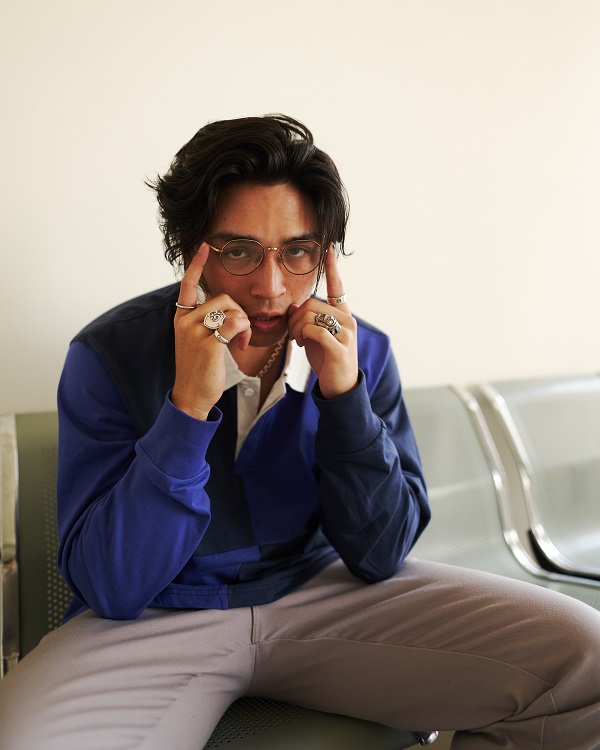 Former dancer for P!NK taps into magic combination of pop/punk and lo-fi ambience on new EP

LOS ANGELES, CA – After years as a professional dancer, touring the world with P!NK’s “Beautiful Trauma World Tour,” West Coast multi-faceted artist Anthony “STAND-IN” Westlake has launched a new career as a recording artist. His debut EP “This One’s For The Skinny Jeans In High School” is an alt-rock, pop punk, heavy guitar-driven angst-fest of heart-felt sounds and vibes that serves as a great introduction to the originality of this young up-and-coming musician.

“This EP is all of the shit I would have liked to say if I had the balls to when I was in high school, and how I would have liked to say it,” he said. “I had a relationship with a songwriter, and when it went south, I realized I had fallen out of love with her and into love with the thing she loved (songwriting). I was in a weird head space, and though I had never been one to write down what I was feeling, I decided to try songwriting. While on tour In Europe, I bought a small audio interface, grabbed a guitar and I still remember on June 13, 2019, while we were in Amsterdam, I loaded up Logic for the first time and tried to put the thoughts I’d written down into a song. I did that for the next three months while in Europe when I had the freedom to, and when we came back to LA I built a home studio and dove into it. I don’t know when it became serious, but I feel like it’s always been a part of me. The more I do it, the more I realize how important music really has been to me.”

STAND-IN went on to say that his first inclination when approaching songwriting was to explore sounds within the lo-fi, R&B world. He was writing about love, relationships and breakups. He said it felt natural to incorporate sounds from those genres to go with his lyrics. After a year of producing and writing every day, he hit a point where he was uninspired and almost burnt out on the music he was making. He started searching for new sounds and took a deep dive into some of his old playlists from high school – the type of music he listened to when his jeans were too tight and his hair had too much gel in it, including artists such as Fall Out Boy, All Time Low, and Blink-182, among others. The alt-rock, pop-punk sound started to evoke memories, and he remembered how much that kind of music impacted him. Soon after, he realized there’s a new wave of that sound emerging in the industry. As he started creating and emulating some of what he’d been listening to, songs just started flowing out of him.

The stand-out track on the project is a great example of the magic that came from that process. “Burn It Down” is a narrative that he said a lot of people will be able to relate to. It’s about a relationship that you know is going nowhere, yet you try to convince yourself that you can make it through.

“You know it’s doomed, but you wanna stay in it because it still feels good,” STAND-IN said. “It’s those last fleeting moments leading up to when it breaks you. When I finished ‘Burn It Down,’ it was the first time I felt like I was making music that came from a real place. It’s a little scary because it feels like a piece of me. I definitely still incorporate a lot of lo-fi and R&B elements into my music, but ‘Burn It Down’ was really my first step into the pop/punk world which, at least for now, is the type of music I want to be making.”

More music is definitely coming, STAND-IN said. But first he’s eager for new listeners to check out his debut EP. “This One’s For The Skinny Jeans In High School” goes live on all streaming platforms May 28.

STAND-IN · Burn It Down

To listen to STAND-IN’s music, or to find him on social media, please visit the following links:

This One’s For The Skinny Jeans In High School! EP on Soundcloud