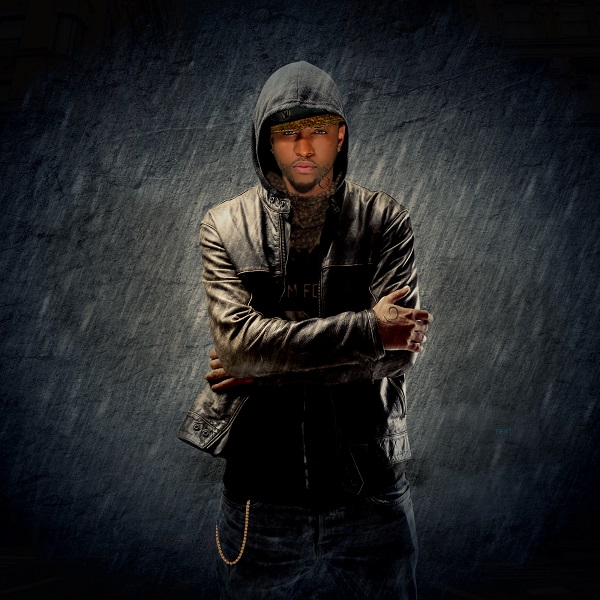 OAKLAND, CA – In a landscape that’s become stark and with many thirsting for an epiphany in the realm of sound, there are a few who can truly match what musical artist Sterlen Roberts has accomplished. The son of Grammy-nominated Gospel writer and producer Steven Roberts, Sterlen has been stretching the realms of possibility within the music industry for many years. Long before Kanye West did it on his platinum-selling album “Jesus Walks,” Sterlen was sampling Choir and Gospel tracks against Hip Hop beats and smooth-flowing Raps in genre-breaking ways. He has continued that for the majority of his career and today, is offering a truly original body of work through a bevy of new singles and a forthcoming album in 2021.

Most recently, Sterlen released the single “Nobody” which is a fusion of Rap and R&B that will take listeners back to the days of early Mary J. Blige – with rapping on the front end of the song that cuts straight to R&B before seamlessly transitioning back to Rap.

“I love the vibe of the song because it’s really traditional R&B and it has that real good feel that comes with a great R&B song,” Sterlen said. “When you hear the hook, it feels like 90s R&B but with a modern-day flavor.”

Over the years, Sterlen hasn’t only been concentrating on his own craft. He has also diligently sought out other artists in his field knowing that to do so would expand his knowledge and experience. As a result, he’s been able to work with some of the biggest names in the industry, including Keyshia Cole, Flo-Rida, Luke James, Lyrica Anderson, Rico Love, Latoya London, Jodeci, Flava Flav, and many more. He also studied closely under Devante Swing of Jodeci in the same environment that nurtured artists such as Missy Elliot and Timbaland. All of that hard work has paid off and is reflected in the quality of the beats he produces – mixing classical piano with hard-hitting tempo and drums. He’s also become known as a rapper who knows how to rock a crowd, while also enlightening them with his piano performances.

“We have never seen an artist like Sterlen,” said the Oakland to Paris Music Group. “He is so talented. It’s almost as if he can do anything. He can perform. He’s an amazing piano player. He can rap, produce, write, and even direct his own music videos. He is that creative and gifted. We think he was in a zone on his most recent effort. It’s his most amazing work ever – from his intro ‘I Been on the Way,’ to even more radio-friendly songs such as ‘Nobody,’ he has mastered the gift of being creatively commercial.”

Sterlen said his new album in 2021 will be a profound mixture of Hip Hop, R&B and Soul, with splashes of Pop mixed in. Another single from the album perhaps best exemplifies this description. “Way Up” features Sterlen’s mastery of the piano against a Gospel-driven track that has a lot of urban flavor. It also shows off his skills as a rapper, among other things.

“There’s a B-3 organ in there,” Sterlen said. “There’s Gospel. There’s some auto-tune. And there’s me rapping, of course. I’m saying some real stuff. It’s a lot of creativeness all bunched into one song. It’s the perfect song to showcase me as a producer and artist. I think a lot of other producers will really get it. It could be church music, but it’s not. It’s something truly original.”

To listen to Sterlen Roberts’ music or to follow him on social media, please visit:

@DjSmokeMixtapes
Previous Roving Jewel – On Everything (feat. Substantial)
Next C.LACY – Proved Ur Point