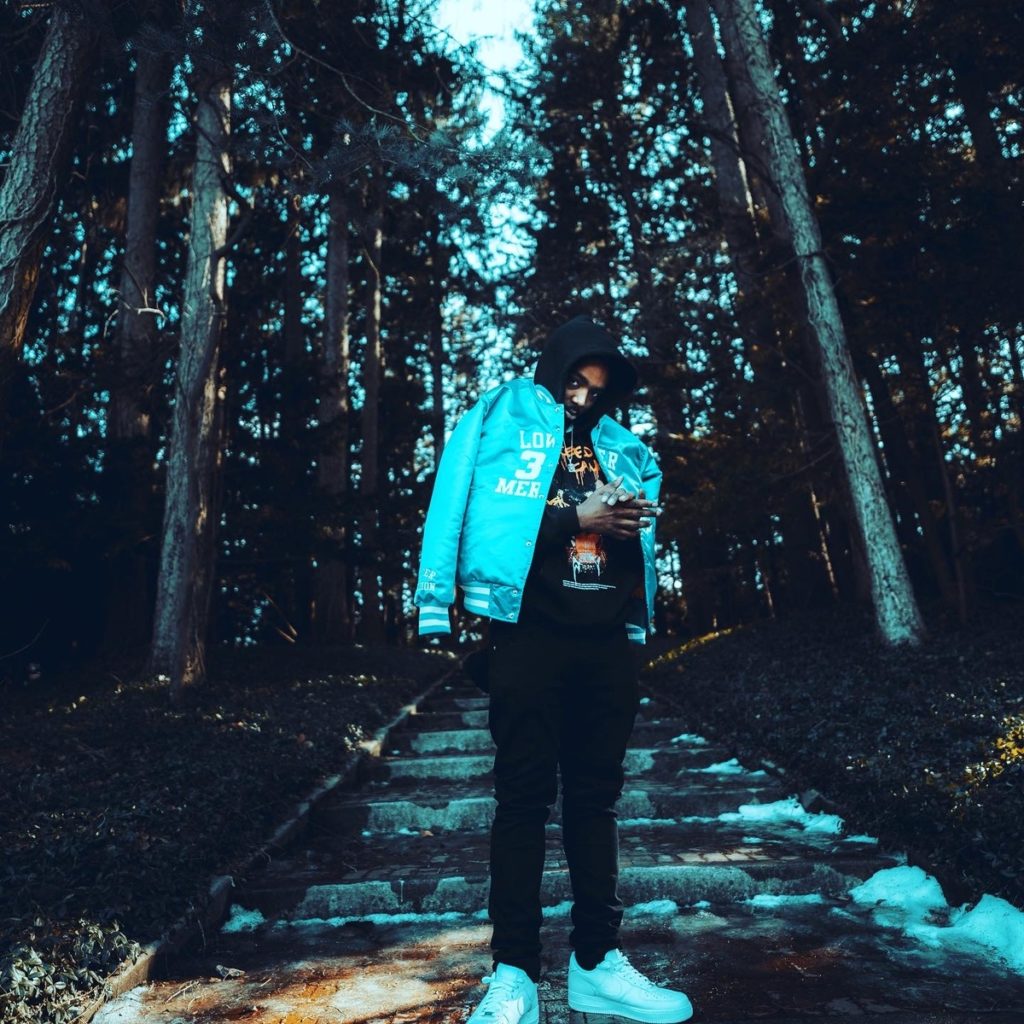 DETROIT, MI – Between his mother’s love of R&B and his dad’s obsession with Hip-Hop, young Chris “Swavi” McKinney got a first-hand education in the best that the music industry had to offer. So it should come as no surprise that his new single, “Blicky,” is the perfect blend of R&B vibes and traditional Hip-Hop grooves. It’s a song with a slow, melancholy vibe that sets the stage for his rapid-fire flow, with a unique tenor vocal that immediately draws the listener’s ear. And once captivated, Swavi keeps his audiences on the hook by spitting bars in impressive ways.

“This is a song with a laid-back vibe that’s perfect for the clubs,” Swavi said. “The lyrics are a little deeper, though. And the visuals give a description of what type of artist I am and the style I bring. The smoothness, beautiful women, and red lights all bending together create a vibe and lifestyle that I want. I’m trying to bring a whole new vibe that’s completely different than anything else in the industry. I’m trying to bring back that feeling that’s just good vibes and good music. I love to bring R&B and Hip-Hop together, and I’m trying to do that in a way that elevates the Detroit sound.”

Swavi said he first got started making music when he was about 14 years old. He and his friend used to write and record songs on his friend’s computer. By the time he was in his later teen years he was studying some of the greats – such as Lil Wayne, Michael Jackson, Chris Brown, T.I., Meek Mill, and more. He also played a lot of basketball and did a little boxing into his early 20s. But once he felt like neither of those options were going to have a legitimate future, he turned full-time to music.

“I knew I could do something with the music if it just got in the right hands,” he said. “I just felt like this was something that was just in me. I got in the studio and began to practice and perfect my sound. Now I’m ready to introduce this debut single to the world. I feel like my music is more moody. I can bring the dark-ish vibes, but I can also turn it up at the same time. I have songs like on a Travis Scott level, and I want those kinds of crowds of fans. Ultimately, I just want to be known for bringing good vibes and making good music.”

Following “Blicky,” Swavi has another single called “All For Nothing” on all platforms, with a music video for that song planned to drop before the end of the summer. This will be followed by the album “Swavi Season.”

To listen to Swavi’s music, or to follow him on social media, please visit the following links: