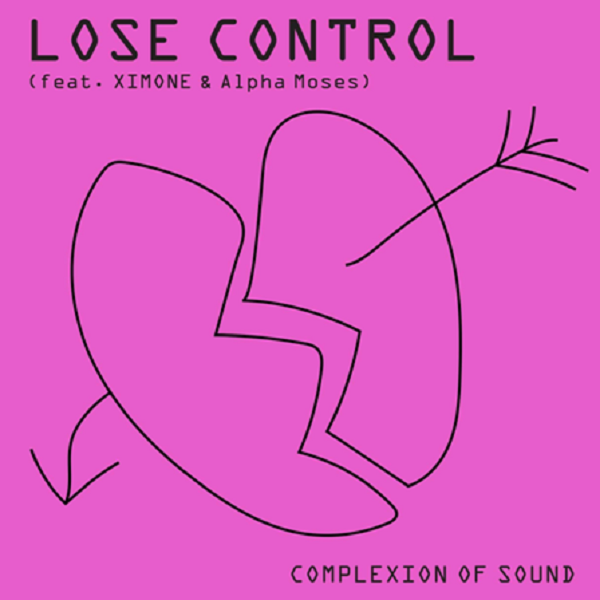 NEW YORK, NY – A new sound that is redefining the genres of EDM and House music is about to be unleashed on the world through a new project called “Complexion of Sound.” Featuring a collaboration of some of the East Coast’s best artists and producers, this string of singles – set to begin with “Lose Control” on Jan. 8 – is a high-class-meets-underground fusion of gritty EDM and splashy House music. Executively produced by businessman Bryan Glass, “Complexion of Sound” is a vision that will enlighten listeners all over the world.

“I’m a huge fan of electronic music and I wanted to make a splash in the House and EDM world,” Glass said. “I always thought I could do it just as good, or better, with the right people. So I built a studio and hired a bunch of really talented producers, writers, vocalists and music engineers from New York, and they’ve been in the studio every day this year cranking out music. We have a whole lineup ready to roll out this year, and I really think they’re going to make a big splash.”

Glass said the first track, “Lose Control,” is the first original that the collective XIMONE who also wrote some of the lyrics. According to Alpha Moses, it’s a perfect song to kick off “Complexion of Sound” because it shows off the versatility of the group with its mix of Pop, Electronic and House vibes.

“The entire project will be showing off that versatility, and this song is going to kick off 2021 with this new vision,” he said. “We’re trying to break through the House and Electronic sound into the Pop radio sound. It’s a similar vibe to DJ Snake or Diplo – kind of crossing boundaries and melding two different worlds.”

Alpha Moses said “Lose Control” is a song about longing for love. It explores a forbidden relationship between a guy and a girl who are with other people but long to be with each other.

“Even though they have a connection and tension between them, they know they can’t be together,” he said. “She’s pleading with him to leave the person he’s with so he can be by her side. It has a Dua Lipa cute-pop-strong-woman kind of feel to it. It’s almost Calvin Harris-esque, with that pop lyrical kind of cute vocals with dancy upbeat music under it. It’s a good time, and I think people will enjoy hearing it when they’re out having a good time.”

Alpha Moses said the song first started when he and PHNTM Live were in the studio running through Calvin Harris tracks trying to recreate that feel with a new-school sound. They started with a demo and after he started writing some lyrics, he got in touch with XIMONE to help elevate the song. In his words, she “leveled it up,” and QR’N helped give it that extra push at the end to make it as high-quality and professional as possible.”

“It really was a collaborative effort,” PHNTM Live said. “At the end of the day, we want our music to be known for good energy and open-mindedness. We want our music to be a good time. Even when we might be talking about something darker or sadder, we still want the energy to be uplifting. We want the people who listen to our music to have a positive mindset, but keep on dancing.”

To listen to “Complexion of Sound” or to follow the artists on social media, please visit: