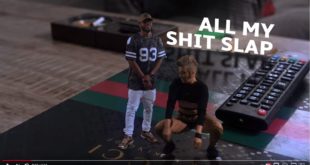 Previn Isaun Jones is a American rapper, and song writer, born on September 29th,1994, in Detroit, Michigan. His mother Shalyndra Jones is a African American who worked as A medical biller and house cleaner. Previn’s father Ralph Harris died in an extremely violent car crash when he was young. In his youth Previn lived on the west side at the cross roads of Greenfield and Mcnickles on Whitcomb street and attended a private Academy at the end of his street. Previn was raised in two different places, he lived on the west side of Detroit until 5th grade. Living in a hotel with his mom and two brothers when he first moved moved to the suburbs he attended Middle School there. In high school Previn fixed his eyes on music, joining marching band, several music theory classes and writing classes. After 10th Grade he was home schooled to pursue his career. In 2014 Previn moved out of his moms house and started recording music. He dropped his first song “Lost In Detroit” and it hit all streaming platforms. The song feature Roc nation’s, Grammy nominated artist Amir Obe. Previn moved to Atlanta in 2016 with his family. While In Atlanta Previn Released his first mixtape “30k” which was released on all platforms. After dropping his first project he met Ky The Shark who became his investor and business partner. Previn met Natasha Akrawi in 2019 and she became his manager getting him into the studio making “Say less” & “Surf” ft. Polo Frost. YouTube : https://youtu.be/REHd2R0EAck Social Media: Instagram: @Officialprevinjones Twitter: @previnjonesfw Facebook: Previn Jones