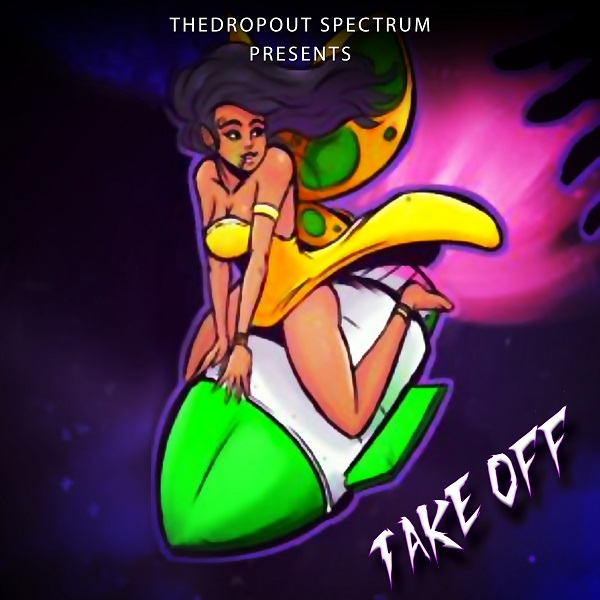 DALLAS, TX – To truly get a feel for how deeply moving the music from new Dallas-based artist TheDropout Spectrum is, you have to look deep into the cosmos. His sound and style is otherworldly. As his name indicates, it’s a sound that explores a spectrum of genres and influences in ways that make the word “diverse” seem inconsequential. His crazy flows and deep poetry are catching the attention of new fans all over the world, and his new album “ZenStellar” is set to launch him into the stratosphere of success.

Born in Benin West Africa, Brice Danvide, now best known for his stage name TheDropout Spectrum, moved with his family to Texas when he was a child. He started his music journey in 2008 with the release of the single called “I’m On.” The success he found with that single was enough to propel him into making music a full time career, and he’s been pursuing that dream ever since.

“ZenStellar” is an album that celebrates the diversity that he embraces through his music. His songs talk about current problems in the world or day-to-day issues that people go through. In particular, he said the art of this album is associated with “the universe and the cosmos, particularly the Libra constellation.”

“If you can locate Zubeneschamali, it’s the brightest star in that constellation,” he said. “That’s what I want this album to represent – shining bright. Most of the album has a pretty upbeat vibe – you will move without realizing that you’re moving. It will also show people how I think and the way I choose my ideas and how I’m able to shift gears from slow pace to faster pace. I have a wide diversity of flows.”

Though the album isn’t set to be released until the end of the year, the debut single from the project will be available on all digital streaming platforms on July 13. It’s called “Take Off” and it’s an upbeat song that TheDropout  Spectrum said he’s sure will end up being motivational for a lot of people.

“It’s about anything you do in life that can propel you into a good mindset or success,” he said. “Anything you envision and take steps forward to realize and make it happen. When you wake up in the morning, you can take off. When you go to work, you take off. It’s a term that you can use for anything that can allow someone to propel themselves from the initial mindset that they had into something higher. Really, I want to show them that they can do whatever they put their minds to in life.”

Ultimately, TheDropout Spectrum said he hopes his music will explore and reflect “all the spectrum colors of light” in a way that is “so deep that you can’t track what’s going on. You’ll just know that it’s amazing.”

To listen to TheDropout Spectrum’s music or to follow him on social media, please visit: