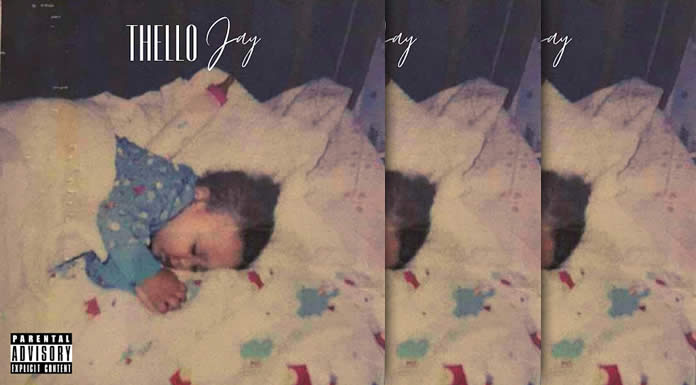 THELLO JAY releases new album, “Sleep on Myself” which weaves strong and heartfelt connections amidst listeners- providing a form of reassurance to audience

Oxford, AL— May 6th, 2022 A decade-strong underground artist, THELLO Jay hopes to inspire, motivate, and genuinely touch his listeners. The eclectic artist strongly believes that each person needs someone who can not only understand them as a fan, but can also relate to them on an individual level.

“Sleep on Myself” is a product stemming from 8 years THELLO took off from the music game. After constantly hearing people tell him he needs to drop more music because he’s “sleep on himself” he choose to name the album that. Never locked into one sound in particular, he explored the various sub-genres of hip hop only to walk away with his own unique and creative blend, “Its something like if… Kanye had a just a few trap drums, put on with some J Dilla bounces, and then sprinkled it with some Nas & Big L intelligence.”

After selling out his first show in Buffalo Grove, THELLO takes us even further back with some of the inspiration that got him to that 2010 milestone. He cites artists like Outkast, J Dilla, Lupe Fiasco, Ye, Jay Z, UGK, Mobb Deep, Eminem, and Nas, as being super foundational in his writing style. A powerhouse of talent, the independent American rapper from Chicago has worked with some of his native citie’s finest including; Grammy Award-winning Rob Diggy, and former Death Row Singer, Danny Boy Steward (who is also Thello’s Godfather). THELLO JAY’s musical journey began after selling out his 1st show in Buffalo Grove in Illinois in 2010, after he decided to release a mixtape.

THELLO has always looked into ways to change, adapt, and evolve. Jay’s first foray into the music world began with the release of the Mixtape, “His Era”, unveiling 15 infectious tracks with organic hip-hop vibes, flawless rap bars, and hard-hitting drum loops. THELLO went on to gain recognition from social media and numerous Chicago blogs, while also landing tours for artists such as Hopsin, Jon Connor, Los, MGK, and Logic(amongst others). Having previously deferred his music dreams to achieve a degree in Communications, THELLO JAY is now looking forward to magnetizing listeners with his art.

“Sleep on Myself” available now on all streaming platforms! https://open.spotify.com/artist/195pDmMW69UZgNZWxeLHWk