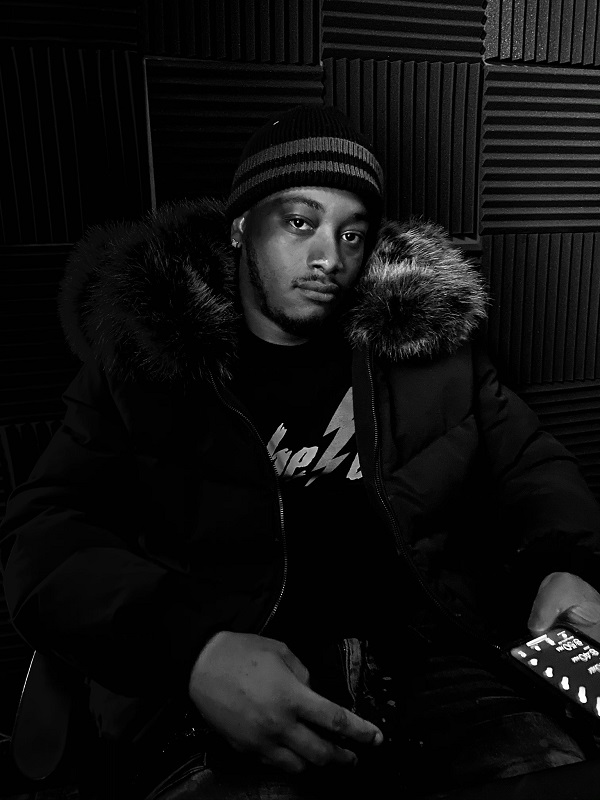 RACINE, WI – For many artists, it’s easy to make a song that pops and lasts for a couple of seasons. That summer jam that lingers into the fall or that feel-good love song that’s perfect for the beginning of the year but tapers off in late spring. Those songs are well and good, but they’re not the kind of decade-spanning legends that THL Major hopes to create.

Operating out of Racine, Wisconsin, this young up-and-coming artist is on a mission to make feel-good music that lasts forever. His latest album “HeartBroken TrappKidd” is his latest endeavor along those lines. It’s his second album following his breakout debut “Major” which was released in early 2020. “HeartBroken TrappKidd” features 11 songs that are a collage of tracks that he said will help to start the year off right.

“It’s a project that came from everything I was going through over the past year – heartbreak and being in and out of jail and stuff on the streets,” he said. “I want to build momentum for the next project that’s about to come out. These are more love songs and heartbreaking songs than anything else – a lot of vibes for the women.”

The debut single from the project is a song called “4:44” which chronicles the moment in which he lost his best friend in 2015 due to a drunken driving incident. At the time, his best friend was more into music than he was, and his love for creating new sounds and styles was starting to rub off on Major. “4:44” talks about what happened with the accident, how it happened and how Major has been dealing with it.

“I cope through the music,” he said. “My style is so crazy because I’m so versatile and I let my emotions out through my music. I can give you music that’s like Lil Baby, then switch to Bryson Tiller or The Wknd or Roddy Rich. If I want to feel like Drake sometimes, I can do that, too. I listen to Country and Pop and every type of music. I got an ear for it, and that comes out in what I create.”

In honor of his late best friend, Major adopted the Team High Life moniker at the front of his name. He’s been operating under that name ever since, with singles that have caught the attention of fans all throughout the Midwest. He hopes to expand that audience with this new album and said he’s eager to become an internationally known name when he released “Major 2” later this year.

“My goal is to use this music to get on a bigger platform to help everybody wake up,” he said. “Listen to what I have to say. I want my music to decode messages that help people get through their lives – to unbottle everything that everybody goes through. I make music because it makes me feel good and helps me get through the day, and I just want to create a message that wakes everybody up.”

To listen to THL Major’s music or to follow him on social media, please visit: