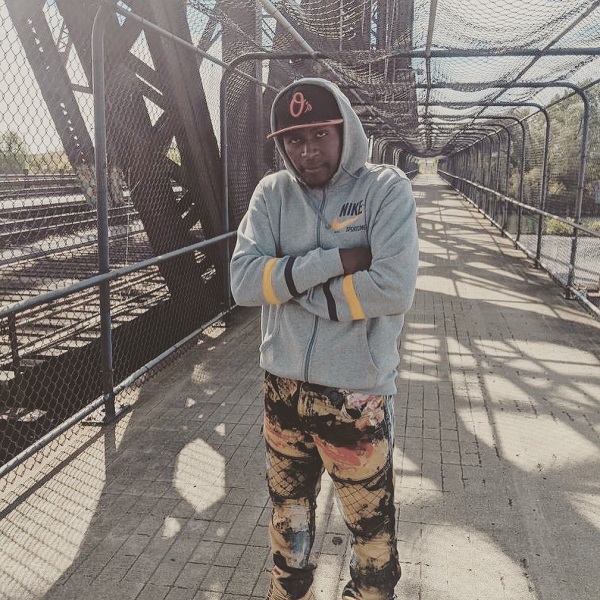 BUFFALO, NY – YNX 716 is a Hip Hop lyricist from the rough and gritty streets of Buffalo, New York. His latest single, “Rap Fans” is a prelude to his hot new album, “Glass Half Full” which is slated to drop across all streaming platforms before the end of the month. Offering a fresh perspective on life in the face of such a difficult year, YNX uses his one-of-a-kind style across 10 tracks to inspire people to take an optimistic approach to life in the face of adversity.

“It’s about looking at things with life, and for me specifically, life in music – with a different perspective,” YNX said. “Sometimes life gets difficult and it’s easy to get a pessimistic outlook. But I’m offering a different perspective that’s on the other end of the spectrum – something that’s optimistic about the situation. Success doesn’t happen overnight, and this album is encouraging people that they can make it if they continue to work.”

With “Rap Fans,” YNX kicks off the album showing off his experience in the industry – experience that has given him the chops to create high-quality music while laying down some sick lyrics. He uses the song to express his appreciation for artists who have come before him while also illustrating the journey he’s taken and how that has helped him to develop his own sense of style and originality.

“I’ve done a lot of tracks over the years with notable artists, but when you’re an artist, a lot of times other artists treat you differently because they think you can be a threat,” YNX said. “I had to separate that business side of my career with the fact that I’m a Rap fan. When it is business, it is business and it’s never personal. And when I want to enjoy the music, I become a real Rap fan. I’m a big fan of 90s Hip Hop. Nas is one of my favorite artists. I’m also a fan of old-school Soul. I sample some from that time period in my music. But more than anything, my content and my rhyme patterns are very different. I’m big on concepts and really drawing out a plot before I get on track. Add to that the fact that my voice is very distinguished – it has a very raspy, low tone that catches the listener’s attention.”

That 90s sound that takes listeners back to the golden era of Hip Hop is something that has caught the attention of quite a few in the music industry over the years. As such, YNX has had the opportunity to appear on Shade45, and has collaborated with artists such as Conway The Machine and Kool G Rap. He hopes to have more collaboration in the future, and at the end of the day, he wants his music to help others through difficult situations.

“I want to be able to speak to people through music,” he said. “I pride myself on telling stories of people – like a single mother who might be doing everything on her own. I can speak on her behalf. Somebody has to tell her story. Or I might tell stories of young black males, as well. I tell stories for people who didn’t get a chance to tell their story or who aren’t musically involved.”

YNX said that following the release of his album, he’s planning on dropping some more singles over the next few months. His single “Fake Love” featuring Kool G Rap, however, is now available on all streaming platforms.

To listen to YNX 716’s music or to follow him on social media, please visit: