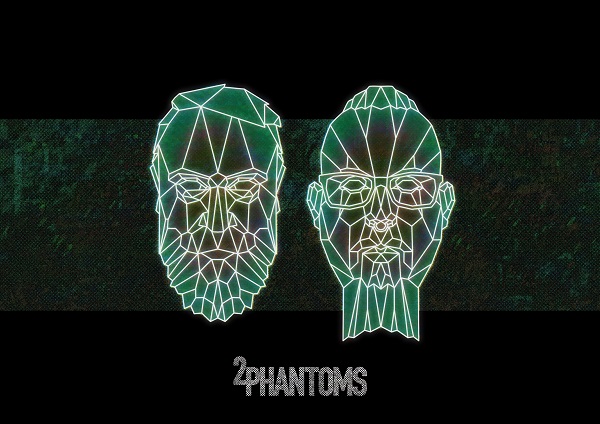 LONDON, UK – London-based 2Phantoms is bringing a new interpretation to Dark Pop with their hit new single “This Means War.” This powerhouse duo of skilled musicians has introduced a new arsenal of sounds into their repertoire with this incredible new track. It’s a song that’s immediately evocative of Trent Reznor of Nine Inch Nails or Jared Leto’s 30 Seconds to Mars. It’s a bit of a departure for two artists who have a rich musical history and experience spanning 10 years of playing live music in the realms of classical, jazz, rock and metal. But with “This Means War,” this duo shows an ability to create something truly original and immensely intriguing, bringing their own take on the Dark Pop genre.

The song is an anthem, in many ways, for anyone in the world who is tired of the status quo. It’s a charge to the masses to stop being apathetic about the injustices of the world and to instead recognize that through a combined effort the many can outweigh the few.

“This song is about a higher power saying they’re in charge and telling you what to do,” state the Phantoms. “Once they initiate that conflict, though, they’re heavily outmatched by the many. So ultimately it’s a song about the many verses the few and trying to inspire people to take charge of the wrongs of the world.”

The sound and vibe of this new single is one that 2Phantoms have developed within the past couple years as a result of what today’s world is throwing at us all. The two have been playing together for about 10 years, focusing on other genres of music. But as they explored more and collaborated on songwriting, they discovered a mutual love for Dark Pop and the different form of expression that genre allowed. “This Means War” is just the first of a handful of songs that the two have created, with more releases planned for this summer and later this year until it culminates with a full EP.

“This is a completely different animal from what we’ve been doing in the past,” they explain. “With this we’re trying to do something that doesn’t necessarily depend on anyone else, but on us only. We like the idea of having the freedom to do whatever we think and makes us happy, without having to be accountable to anyone else telling us what to do. We want it to be organic and experimental. What happens if we do this? Will it be a hit? Will it suck? We’re really enjoying that process and excited to see how people respond to the music.”

The single is currently available across all digital streaming platforms. To listen to 2Phantom’s music, or to follow them on social media, please visit the following links: