Billionaire Burke expresses relentless determination and passion in his debut project entitled “Rise To Greatness” that is released via partnership with Empire. Building a foundation solid to notably house artist with the development and backing of a record label, BBMG (Billionaire Burke Music Group) was established. With standout tracks like “My Slime” featuring Gunna, “WBC” featuring Yella Beezy, and “10 Ten Toes Down;” Burke presents a catalogue for every type of hustler in life to vibe to. “Rise To Greatness” is the energy of the odd better daily in their stride no matter the obstacle. Billionaire Burke’s debut projects drops on Friday August 30, 2019 worldwide. 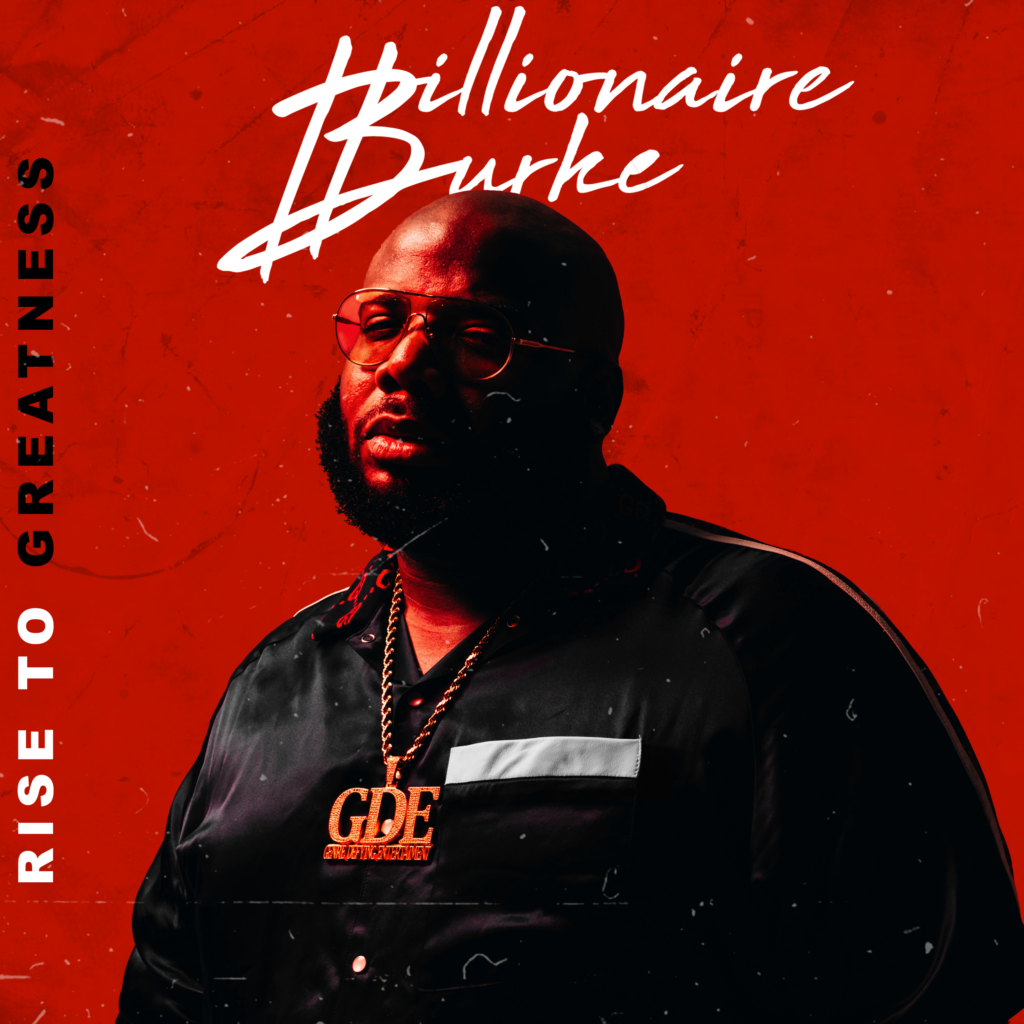 His forthcoming Rise To Greatness project is a memoir laden with 17 years of ups and downs, while figuring out his personal endeavors and end goal. The stories contained are candid and do not waver as he portrays the good and bad in life and in business. Touching on pain, and personal tragedy Billionaire Burke has granted an all-access pass into his brand.

“I know that I can serve as a role model and show kids that there are other options than the streets. My influence goes beyond the music. I’m giving “game” to these young kids on the project as well.”

Born and Raised in East Harlem, Billionaire Burke is a creative individual currently making a name for himself amongst tastemakers and the biggest influencers in the Hip Hop game today. Inspired to do music at the youthful age of 13, Burke was introduced to a variety of genres which included Soul and Jazz as well as others including his beloved Hip Hop genre where he was keen on the craftsmanship of legendary figures such as Biggie Smalls and iconic duo Mobb Deep.

“Mobb Deep and Biggie for me were the epitome of an ability to capture the essence of the city. The grit, the reality, and everything in between. Their story-telling was incomparable” – adds Burke.

His initial foray into the business, was as an executive lending his understanding of the culture of impeccable work ethic to the development of artists. Helping a pool of talent, under his imprint, Burke has become a respected figure in the entertainment industry. In recent times, his creative juices have been flowing which has led him back to the mic coming back to the forefront as the multi-faceted individual that is. Not your average artist, Billionaire Burke’s sonic identity is built on a wealth of experience in life, and on both sides of the spectrum musically as mogul and creator.

His growing pains are well documented, as Burke has persevered through a life in the streets that has produced the consequence of multiple prison stints. His last trek of 5 years was the absolute turning point where he has taken to shooting his shot at success on a greater level than even before. With the backing of his manager Enrique Colon, and support of his record label team, Billionaire Burke seeks to play his part in the driving force that is Hip Hop all the while presenting as an example of redemption to the young minds who can relate to his out-put. In the future, Burke foresees his imprint as a guiding tool that specializes in artist development, business reconciliation, talent management and a home of record-breaking talent globally. Tha Vicious drops his latest album ‘A Most Vicious Year 2’

A Most Vicious Year 2 . This is a sequel to his album A most …