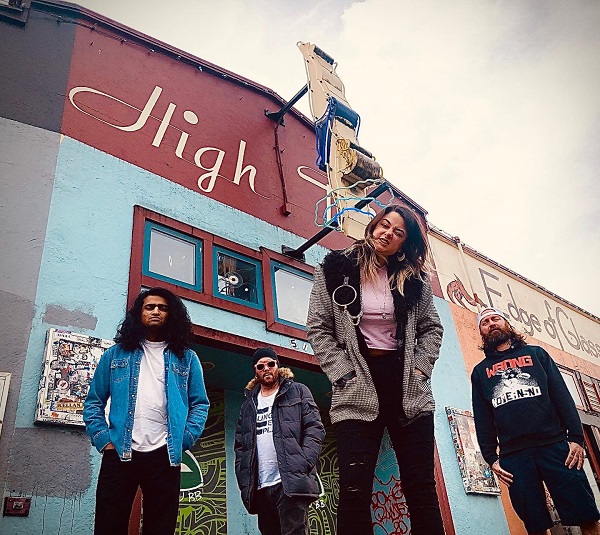 SEATTLE, WA – It would be easy to see a band called Always Naked launching a new album called “Sex Sells” on Valentine’s Day and think that the songs would be sensual and sultry, but nothing could be farther from the truth. This Seattle-based Alt-Rock group is presenting a project that is challenging the over-sexualization of today’s American culture. With catchy Rock riffs and engaging guitar licks, they’re offering a different perspective on the idea that passion and physical attraction are the be-all, end-all of good relationships.

“It’s a project that was born from the upspring of ‘Only Fans’ and the idea that you have to be sexualized to get anywhere in life,” said front-woman Skylar Steffy. “There’s this idea in our culture that you have to utilize your body and have the nice hair and the makeup to get ahead in life. With this album, and especially with the title track, I’m expressing the frustration I feel about being a girl who’s a rocker and who wants to dress like the boys. But so often, people are trying to do things to make me more feminine than I want to be. Women all over the world feel that sense of being sexualized.”

Though Steffy is the lone woman in the band, she’s the main songwriter and as such most of the songs explore what it’s like to live in today’s world as a woman. The band formed in Seattle as Steffy began looking for musicians who could partner with her to realize a new sound she’s been exploring. She connected with Rahul, the band’s drummer. Then the two of them used their mutual knowledge of the music scene along the West Coast to connect with Pword on bass guitar and Knuckles on rhythm guitar. Steffy said once they started playing, it came together almost effortlessly, and in no time they were writing raw, rhythmic, epic-style, girl-power Alt Rock. And with their unique style and sound, it almost seemed like a no-brainer to call themselves Always Naked.

“It’s a name that, for me, reflects how raw and open I am,” Steffy said. “I’m a private person in my day-to-day but when I’m on stage, I expose my entire life and soul. And at the end of the day, I hope people listen to our music and are inspired. I want people to know that our music is meaningful and deep, but it’s also still playful. We have fun jamming. If you come to one of our shows, I’m gonna be running around and jumping with the crowd and talking to people and interacting. That’s my favorite part of doing shows. People can dance and get involved with the music, and we have so much fun doing it. And then when they leave and go home, I hope they reflect on the music and realize that we were talking about some real shit.”

“Sex Sells” is slated to drop across all streaming platforms on Feb. 14.

To listen to Always Naked’s music or to follow them on social media, please visit: