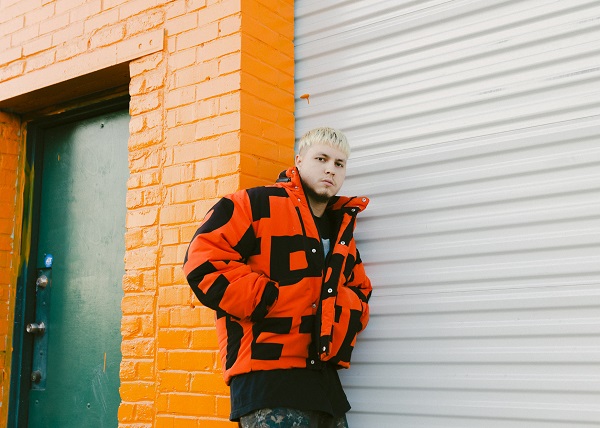 STOCKTON, CA – Eric Alexander Hall – better known by his stage name Alxndr Blue – is an American singer, songwriter and producer. For the last few years he’s carved out a niche within the music industry as one of the standout producers currently working in the game, operating under the name OFASHO. He’s collaborated and worked with many big artists in California, and now he’s ready to showcase his own artistry with a handful of new singles.

His first official showcase of his sound to the world will be a double-single release of “Right Now” and “Seasick.” Though different in tone and vibe, the two songs play off one another with content. Alxndr Blue calls them a duality of love, with “Right Now” focusing on the positive and happy sides of a relationship with a woman, while “Seasick” focuses more on the toxic things that can come with an unhealthy relationship.

“I wanted to display some versatility and range with this release,” Alxndr Blue said. “Both of them are similar in a way because they’re summer songs. They’re different but similar. I wanted to put them together because it’s like opposites attract. One of them you could play riding in the car, and the other you could play at a party.”

Alxndr Blue said “Right Now” has more of a Pop/Alternative feel to it, whereas “Seasick” has more of a mellow, moody vibe. Both of those styles are indicative of the sounds he has perfected as an artist, though they merely scratch the surface when it comes to the bevvy of genres and mashups he brings to the table as an artist.

Like many musicians, Alxndr Blue started on his journey of becoming a professional musician when he was a child. He would create raps in his bedroom, and had his own little setup for recording. What started as experimenting with Garage Band grew to become a full-fledged producing and songwriting career in his late teens and early 20s. He has since built up a name for himself on the production side over the past decade. But he’s always had the itch to create his own music, and today he’s finally taking that opportunity to show the world what he’s got.

“I think I can go any direction with my music,” he said. “I really want to dive into so many different lanes. I want to do Pop and Hip-Hop and R&B – you name it, I want to dive into it. There are no boundaries. There are no labels. I’m just an all-around artist who uses music to make people feel emotions. If it’s a time when they’re going through something sad, they can listen to a sad song. If they need something to make them happy, they can listen to one of my happier songs. That’s what music has always been for me. And I’ve always gravitated toward the artists who are more vulnerable. I want to be that for other people. I want to be the artist that someone grows up listening to and becomes a fan forever. I want my music to live longer than me.”

Alxndr Blue said he has a number of songs he plans to release this year, and will next be offering acoustic versions of his already released singles before the end of the summer.

Listen to “Right Now” on Spotify