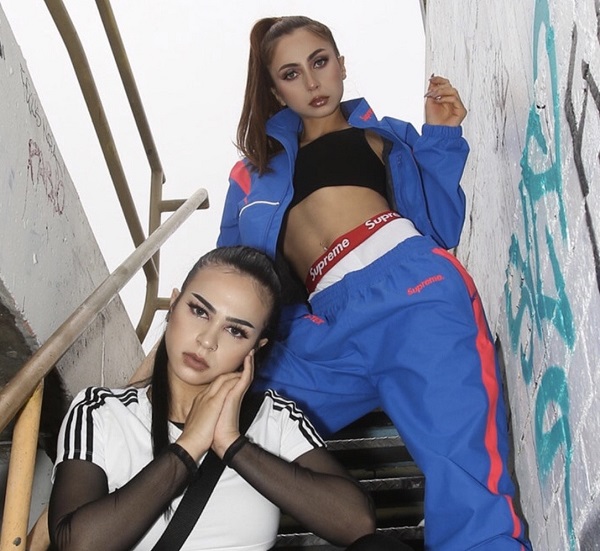 LOS ANGELES, CA – A Hip Hop girl group made up of LA-based sisters Anoo and Pina are turning heads left and right with their new music that pairs the ethereal vocals of Anoo with the stunning wordplay of Pina’s rapping. Their new single, “Cole” is the perfect example of the kind of originality they’re bringing to the music industry, displaying a low-key vibe with a sound unlike anything else out there today.

“It’s a song about toxic relationships,” Pina said. “It’s hard to escape a fake world that was created for you because you can’t always see straight when you’re in the middle of it. You’re in such toxic energy. You’re in a love fantasy that isn’t real, it’s just what you’re dreaming.”

Pina said their unique ability to tap into multiple genres is one of the main things that has helped them to stand out so far – especially internationally. The sisters, performing under the name Anoopina, have seen some major success overseas, most especially in Japan where they spent much of the previous year on tour. Originally fans of K-Pop, the sisters began to learn dances to some of their favorite Japanese artists and would post those videos online. That soon developed into performing covers, and those caught the attention of enough people in the industry that they were invited to perform in Japan. They immediately became known for bringing high energy on the stage while deftly demonstrating melodic harmonies and dope rap lyrics.

“There’s not anyone like us right now,” Pina said. “We’re a combination of R&B and Trap in a lot of ways but really, we do a lot of genres. Anoo’s voice is very soulful and when I rap, it falls into Trap and new era. That’s how we bring a different aspect. Plus, we’re girls and we’re sisters, which is original.”

The sisters grew up in a musical family with a father who was a rapper and an older brother who also became well-known along the West Coast for his rapping skills. Anoo showcased ability as a strong vocalist at a young age.  She was more self- taught until she joined the choir in middle school and high school.  Pina started rapping because of her dad and brother. Over time, the two began experimenting with singing and rapping, incorporating harmonies and feeding off each other’s energy and talents. Today, they use their music to bring positivity to the world.

“We want to inspire people to do anything they want to do,” Anoo said. “We started from the bottom and we’ve worked our way up. It takes time, but people need to believe in themselves. Anything is possible. Just keep working really hard and keep going no matter what people say.”

In addition to their single “Cole” which is currently available across all streaming platforms, Anoopina is preparing to drop two new singles later this summer which will feature American artist DaKiddFlow. One of the songs is called “Back Seat”.

To listen to Anoopina’s music or to follow them on social media, please visit: