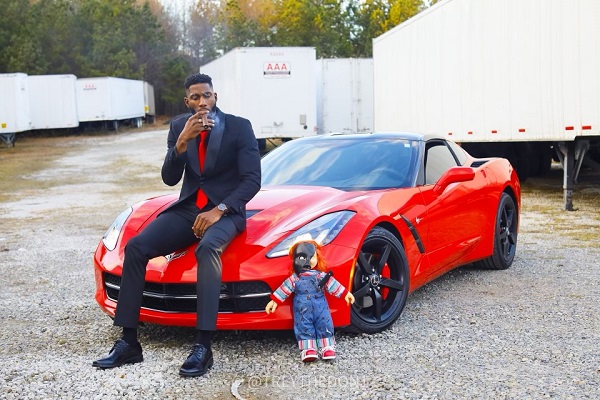 ArchieIAM knows that the world isn’t divided between good people and bad people. That’s a lie.  Good and bad aren’t simply ideas out there in the world. They’re not just topics for conversation. Good and bad are real and they’re a lot closer to us than we’d like to believe. “I’m a benevolent spirit, I’m chill,” said ArchieIAM. “I run with good vibes, but certain events in my life led me to know that you cannot damper your anger all the time.”

The lyricist and wordsmith explore his personal struggle on his new track “Bipolar.” The music video features ArchieIAM coming to terms with the darkness and light in his own soul. “It’s just life,” he explained. “Just as life gives, life kills and takes away. I have a good side and an angry side. Bipolar means two sides.”

ArchieIAM’s chaotic creativity gave him the vision for the “Bipolar” music video on a whim. “I put that video together in one day,” he noted. “It was me and my camera man, it just came. It wasn’t planned.” To further explore the song’s motif of good and evil, ArchieIAM recruited a special guest star for the music video. “Chucky,” laughed ArchieIAM. “He’s a ‘Good Guy’ but when certain things happen, people encounter his dark side. It’s me acknowledging that I do have a dark side.”

“Bipolar,” along with other tracks like “Straight Drop” and “Playa Flow,” will appear on ArchieIAM’s upcoming EP projects. The two separate EPs are entitled Dark Side and Illuminated. “Everyday battles and everyday struggles are part of who I am,” admitted ArchieIAM. “I was confused before, that’s where all this comes from. In actuality, it all correlates with oneness. Songwriting is essentially a positive act. At a young age, I’ve been through a lot. And now I’m turning it into a story.”

To ArchieIAM’s thinking, his producer and engineer Tommy Stoner is fundamental to his success. “I was introduced to him by Lil Freaky,” he remembered. “And it was automatic. I’d lost faith in my music. I tried to give up. He’d let me know, ‘you’re a constant battle, a constant pull.’ Me and Tommy, we have a different vibe.”

ArchieIAM has embraced both good and evil, dark and light, yin and yang. He realizes that they are one and the same. For him, it isn’t either/or. It’s both — both sides of his soul work together to propel him forward. “I run on will, faith, and strength. I have experience. I’ve been through some things and seen some things, but that’s why I put it all in my music. I have a light side and a dark side. I determine my destiny, no one else.”