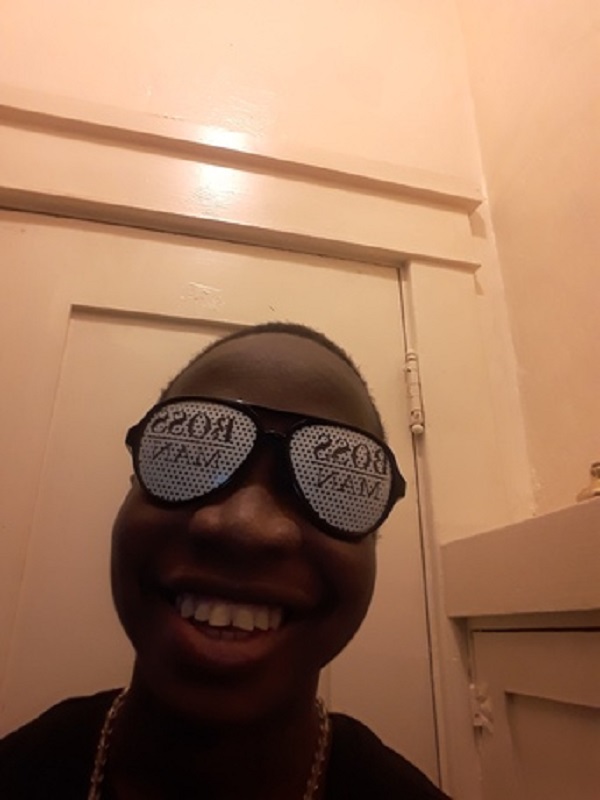 “I can literally hang out with them in person,” says Mwamba. “Being in LA is better for my music, too, because this is where the music industry is so I think I made the right move.”

As for the other new track, Mwamba visits strip clubs almost every day.

The songs are part of a six-track release called Scandalous Shenanigans.

“All my music comes from personal experiences,” Mwamba says. “I don’t just dream the stuff up. If you listen to the lyrics I say things like, ‘Oh my, oh no, do it like you know.’ I came up with that while I was getting a personal lap dance. All of this is personal experience. The other song, ‘My Boy Toy,’ I’m not going to say the ladies names in public but I am personally a boy toy to a couple ladies.”

The two new songs were released July 4 and Mwamba calls them the two hottest songs of the summer if not all of 2021. People like his music because it’s party music they can dance to, even if they might think the artist behind it is crazy.

“Which surprises me actually because I think I’m very normal,” he says. “What I’ve been getting so far is, ‘Billy the new music is hot, it’s crazy.’ It’s what I get a lot.”

Other tracks from the new project are “Thats My Flava,” “Music Billy,” and “Gone Fishin.” Scandalous Shenanigans is available to download for $10 on his website, baadbills.com.

Mwamba has overcome hardships to make it this far. He was born in Zambia with sickle cell anemia and spent the first 20 years of his life in and out of hospitals. He suffered a stroke at 14 and had to re-learn how to walk. He didn’t begin writing music until going through a bad break up when he was 18.

“Overcoming that adversity and still being here, still making music, still having a fanbase, still being captivating to people, it’s like it’s meant to be,” he says. “I try to dedicate everything to the kids in children’s hospitals, kids with medical conditions, just to show them that look at me, I’m just like you but I’ve overcome all the adversity and I’m still here living my dream and growing strong in 2021.”

“After that you can go hit the website and rock out and jam out to my music,” he says.

Mwamba also had to overcome the death in 2016 of his best friend Bwalya, who shared in the Baad Bill$ dream but never got to see it become a reality.

“This is all blessings from heaven and I know it’s because of him,” Mwamba says.

Mwamba is currently on the search for new management and hopes to start performing live and touring this fall.

“Give the music a chance, give me a chance,” he says. “Be openminded and you’re going to love me.”