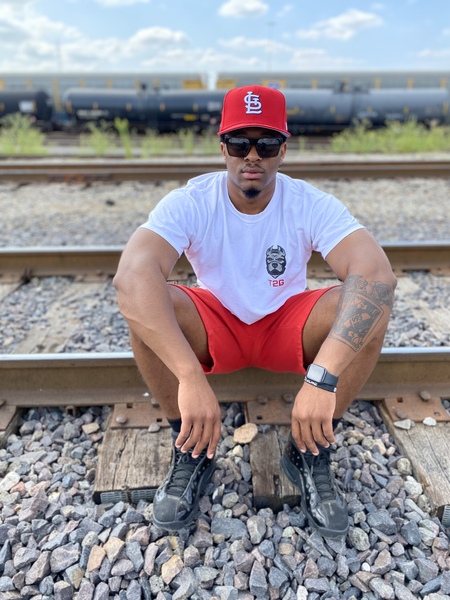 LOUIS, MO – Working in the automotive industry for the past few years, St. Louis-based hip-hop artist BigSteilohas seen the very definition of cutthroat business. Currently operating as a manager of car dealerships in St. Louis, while also developing his crafts as an independent recording artist, this young rising star deals with heightened emotions every day of his life. And his outlet for those emotions are through music – which he puts on full display with his latest album “Dogpound 2.” Released across all streaming platforms in August, the project is one that gives fans a deeper look into the life of this car salesman by day and Urban street artist by night – with stories from the streets mixed with uplifting messages that he hopes will inspire others around the world to chase their dreams.

The debut single from the album is a song called “Critical.” It’s a song that he wrote after a particularly difficult day working at the dealership, and the raw honesty of it caught the attention not only of new fans around the city, but also of the owner of his dealership.

“It’s a song about people who tell you they love you to your face, but behind closed doors they hate you,” Big Steilo said. “I sent it to everyone in the auto industry around here – including the owners of the dealerships. The song really touched one of the owners in particular, and he called me after he heard it and said, ‘Why don’t you come work for me.’ I’ve been working with him ever since.”

Big Steilo said he’s been doing music since he was 9, and now at age 26 he’s doing everything he can during the free time that he has to make his dreams of becoming a professional recording artist a reality. It’s the fulfillment of something he said he wanted to do when he was in grade school and his teacher was asking the class what they wanted to be when they grew up.

“I said I wanted to be a rapper,” Big Steilo said. “I’ve done music every day since then. I play multiple instruments and by high school I started getting into writing music and decided to do something with it. I decided to put a video out, so I scraped up $500 to pay a video guy. We shot it at the school and everyone at the school ended up loving it. Things just took off from there. Before graduating I shot another video for my song ‘Who Got The Gas’ and it blew up. I went from being a corny kid writing love songs and poems to this gangster song that was great, and that led me to where I am today.”

More than anything, Big Steilo said he hopes he becomes known for being a great storyteller through his music, while also connect with fans from all walks of life all over the world. He prides himself on being a great lyricist and for offering a transparent look at his own life as he explores the undercurrents of society and culture in ways that provoke listeners to think about things from a different angle.

“If anybody has been through any trials and tribulations, I feel like I should be talking to them,” he said. “I can talk to anybody about anything, and I want to be that voice. I have stepped out beyond that boundary that a lot of people are afraid to to go. I’ve got to try. You only get one shot at this life, so you might as well give it a try. It’s hard as hell, and there are a lot of blood, sweat and tears, but all of those things we go through are things that make us 10 times better.”

To listen to Big Steilo’s music, or to follow him on social media, please visit the following links: