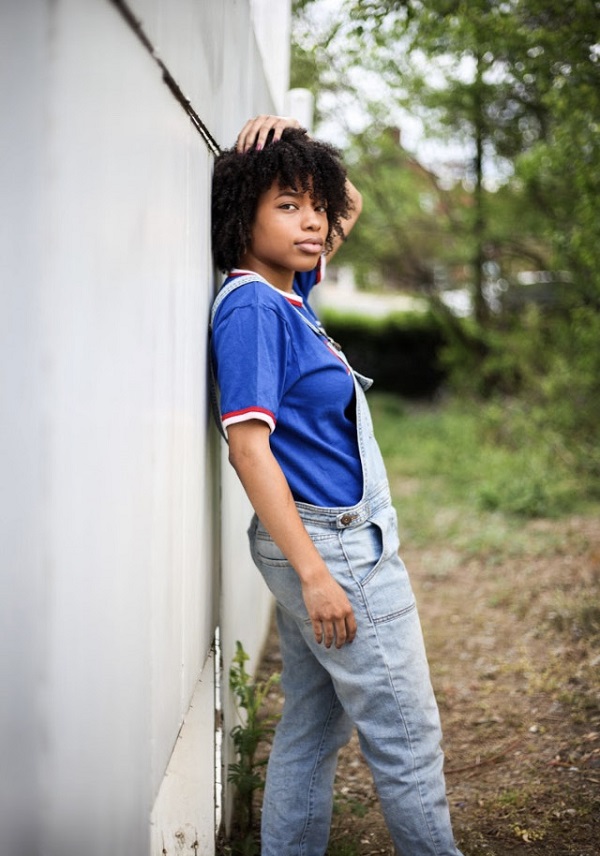 BRONX, NY – A new sound in Soul is making its way onto the scene from up-and-coming New York artist Bleu Cloud. Her latest two-part project “Blue Magic” is the kind that propels young artists on the global stage with its signature sound and throwback vibes that immediately have listeners thinking of legends like Lauryn Hill, Anita Baker and even Prince.

Bleu Cloud is a 24-year-old R&B and Soul musician, singer, songwriter, producer, violinist, composer and overall artist who was born and raised in The Bronx. In her words, she “came out of the womb singing” and has been living a life that’s bathed in music. She started playing violin and composing music as early as third grade and hasn’t looked back since. Following the footsteps of her DJ father and singing mother, young Bleu Cloud has created a unique sound and style that is reintroducing Soul and Disco into R&B in ways that are timeless and very much needed in this day and age.

That sound takes center stage on “Blue Magic. The first of the two-part project was released this summer and features four songs that have a distinct 80s or 90s Soul feel while also introducing progressive twists that are current. Though groovy enough to be dance songs, these singles aren’t the kind of club-bangers that have people bouncing on the dance floor. They’re more groovy, feel-good songs that make listeners sway and smile.

“Everyone is kind of doing the same singing style of R&B these days, and I wanted to bring the soul back into R&B,” Bleu Cloud said. “I like to listen to Anita Baker and Whitney Houston and neo-soul artists, and I’ve taken their sound and created music that I would want to listen to. At the end of the day, I want my music to be associated with love, not sex, but the kind of love that makes people happy and brings joy to life.”

Two singles from the EP have been getting some major attention since its release. The first is “Make It Last” which has a definitive island vibe with an almost Reggae or Bossa Nova beat that pairs perfectly with her layered vocals. Bleu Cloud’s ear-candy harmonies showcase her soulful side eloquently and invite the listeners into a smooth vibe that entices them to just sit back and chill. The other is “Show and Tell” which is a slow-jam dance track that Bleu Cloud said was an attempt to give people something to two-step to at the club. Her light, airy vocals create an ethereal vibe that is chill and laid-back while also being wavy in ways that make the listener want to sway and move.

Bleu Cloud said the second part of the “Blue Magic” project is slated to drop in December or January.  To listen to her music or to follow her on social media, please visit: