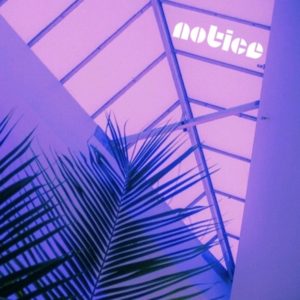 Brandon Josef‘s latest single titled, Notice, which is out now on all platforms.

Brandon Josef was born and raised in New York and is now residing in Royal Palm Beach, Florida and is an up and coming artist.  His latest release, Notice, is a dance hall track that shows off Brandon’s melodic rapping style and it will make you want to dance and catch a vibe as soon as the song begins.

In Brandon’s short time of doing music he has amassed over 60,000 plays with just a few songs on the SoundCloud platform and is going to drop songs more consistently.  Prior to him doing music he played baseball from a young age where he ended his baseball career at the University of Central Florida as a collegiate athlete.

He is fairly new to the game and he wants to create songs to make his listeners and future followers enjoy his versatility and show who he really is as an artist.  So far, he has released only singles but is working on releasing a whole project. STAY TUNED!!