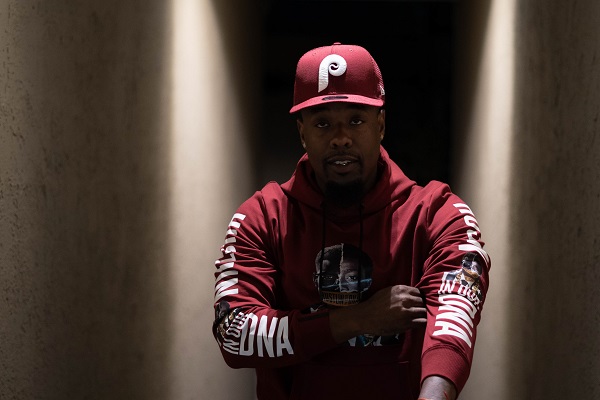 Brooklyn
A black rapper growing up in a community with government-subsidized housing for low-income families like his own. As the poverty level increased daily, gang violence expanded throughout the burrow, and drugs being distributed throughout the “hood”, was a way to make ends meet for some. Times were rough but possibilities to make it out of the block were never impossible for those who worked hard as many artists in the past have overcome these obstacles before.
92nd Canarsie Brooklyn New York is where it all started, growing up in a household where their resources were scarce and money was cherished due to the lack of a missing father who abandoned his two sons, and daughter. Vets mother had to play both roles like any struggling single parent as she sacrificed anything for the better for her children. Vet’s family endured cold winters, no electricity, and sounds of gunshots throughout nights a place they consider home. He would experience starvation from the lack of food and nourishment, Vet could not allow this to go on and stepped up to support not just himself but his family as well. Growing up Vet listened to many rap artists but his true influence came from the one and only Notorious B.I.G. His music and life story changed the way Vet saw his future and it inspired him to be the man/artist he wants to become. He began to write his songs and by the age of 13 began to rap, his aspirations next to Biggie would also come from Tupac(2Pac), Jay-Z (HOV), and 50 cent which allowed him to want to have a better life for his family, and himself.

Long Island
During his late teen years, he moved and began a new life in a place where he knew no one. Most of those he knew back home were either locked up or dead. Through these obstacles in his lifestyle, he learned to have that life of poet and mentality of a predator focused and hungry for their goal. During his time in Long Island, he met a group called “495 Traffik” which was his escape when not working a regular day job. Vet made a few songs with many artists affiliated with “495 Traffik” but he always continued his career independently creating many freestyles and singles. He has many features on various singles such as Fred The Godson, Remo The Hitmaker, Rain 910, Vado, OUN P, and many more to come. Da Don Vet is expanding his connections in Long Island by sponsoring and making music with local artists. The move to Long Island has made Da Don Vet have a broader following but Brooklyn will always be his home.

DA DON VET
Life of a man who has lived through an ominous life in the past he knew how to separate himself from his past relations and become a gentleman. Many of the things Vet does behind the scenes many people won’t experience because of how selective he is, he wants people who are strong-willed and determined. Vet is the type of man who thinks before his actions and thinks before he speaks a common-sense man with ethics. He made his fans believe that his hard work is like playing checkers, but when in reality he is playing chess as he thinks for the next move to be ahead of the game. His journey and hunger to strive to become the greatest writer, and rapper will never stop, that motivation and energy that comes along with him are strong as it radiates in any room he walks in. He believes in his music, he puts his heart and soul into it, and to think this is just the beginning of a never-ending road.

Da Don Vet is working on releasing 2 EP’S in 2021 as a surprise to his supporters and fans. In which he has big features on them Fred The Godson, Mr. Papers, Izzo, Rain, Vado and many more

“WIN OR LOSE” AVAILABLE FOR STREAMING ON ALL PLATFORMS