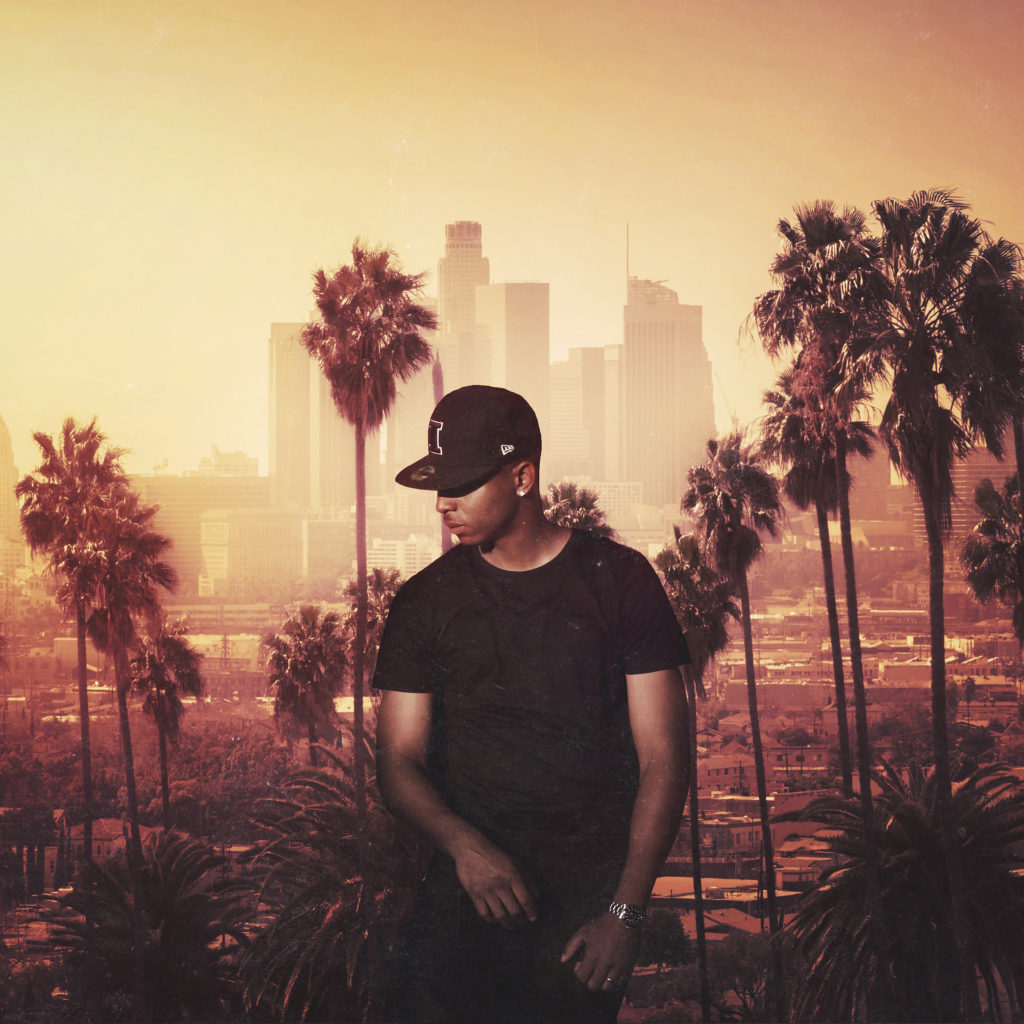 INGLEWOOD, CA – Music was always an ever-present part of life for Deep. Growing up in Inglewood, California, there were three constants: hooping, gang banging, and rapping. Although he started on the wrong path of violence, three life-changing moments served to help him choose music instead and to embrace his destiny as the musician now known as Deep.

The first of his three encounters happened with his girlfriend (now-wife). By his sophomore year in high school, Deep had become more and more entrenched in street life. One day out of the blue, his girlfriend had a heart-to-heart with him. “If you get killed or go to prison, how are we gonna take care of a family?”, she asked him. That was the first eye-opening moment. The second came when he and some friends were confronted by some gang members with guns. Though no shots were fired and no one was hurt from that experience, it was a situation that shocked him to his core and made him wonder if he got killed, would he go to hell? Those thoughts rattled around in his head until his mother one day dragged him to church. He really didn’t want to go, but he went since his mother was so adamant about it. Serving as the final revelation to change his life, the sermon from the preacher that day is still vivid in his memory. He gave his testimony about walking away from a life of crime and street life. Deep realized that if Rev. Jones could do it, he could, too.

“I never looked back from there,” Deep said. “I had always been a kid who loved music and was really into poetry, but as my life began to change – so did my lyrics. As a result, whenever I would spit – people would respond, “That’s deep!” Everything became deeper the more I looked deep within myself to discover my true character. That’s one of the reasons why I took that as my name because I want my music to represent change and encourage people to look deep within as well. I could go the route of gang banging, or I could go the route of following the Lord. When I made that change, everything got deeper and life started being more potent.”

Today, Deep brings real life to his music and offers a multifaceted sound and style to complement his deep lyrics. On his most recent album “In Too Deep”, fans can get a bevy of different styles. His opening song, “Going Hard,” is a fusion of Reggae and Hip Hop. He has a Pop groove called “Toast.” He has a love song called “Falling in Love.” And he has a very lyrical track called “My Lyrical Thesis.” And his latest track to hit the airwaves is a Gospel song with an edge called “Nothing’s Impossible.”

“It’s me telling my story of growing up in Inglewood and how God changed my life,” he said. “I want to show people that even with all the things you go through, with God nothing is impossible. Even if you don’t believe in God, this can be a song that’s just encouraging – whatever you go through, you can get through it. Don’t lose faith. Win or lose that day, keep your head up. It’s powerful, which is what I want my music to be for other people. I make relatable music that challenges people to see a different outlook.”

Deep said he’s currently at work on a follow-up album called “A Higher Purpose” which will take the lyrical content to the next level and embrace more of the Pop vibes he experimented with on his previous album.

To listen to Deep’s music or to follow him on social media, please visit: “SMRF”, is a native of Louisiana and has been steadily building his name and carving …