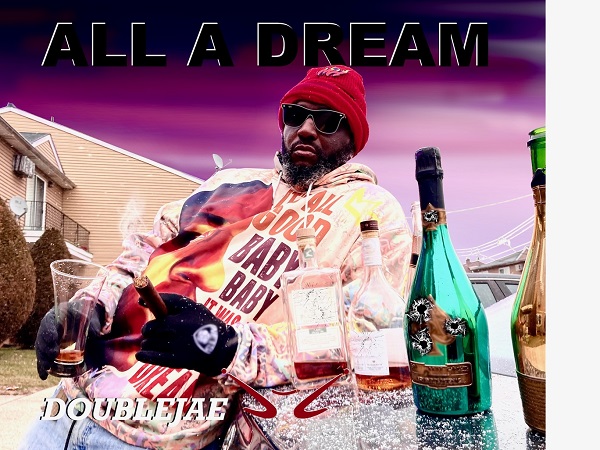 STATEN ISLAND, NY – Junior Anthony Jackson – better known by his stage name DoubleJae – has come a long way since growing up rubbing shoulders with hip-hop legend Biggie Smalls. Growing up in New York, the young man was surrounded by music born from the streets, and he and Biggie would dream together about where they might go when they were older and successful with their music. Jackson got in trouble with the law and spent some years in prison, during which time Biggie ended up blowing up with success before being murdered. By the time DoubleJae was released, biggie was gone and many of the other artists he’d worked with in his youth had gone on to bigger and better things.

That hasn’t stopped this veteran artist from pursuing his dream. Over the past 15 years, DoubleJae has continued to make hits with his unique voice and flow. He still showcases a mastery of the old-school style of hip-hop made famous in the late 1990s, but today he combines that with a twist of modern influences for a sound that is equal parts nostalgic and progressive.

That sound takes center stage on his latest single “All A Dream,” which is currently available across all streaming platforms. He describes the song as a dream-like expression of memories from his time as a youth, hustling on the streets in between freestyling on street corners with Biggie.

“It’s a tribute to him and to hip-hop in general, and the way hip-hop was back then,” he said. “When you’re an artist you keep dreaming in your heart. I’m an artist. I had a dream one night that I was with Biggie when we were young again, back the way it was, and we just went from one stream to the next with pure hip-hop. The song is like that – it bounces all over the place in the best kind of way.”

As DoubleJae has progressed throughout his career, he’s had the opportunity to work with some of the best in the game. His early career developed under the tutelage of The Force MGs, and he collaborated with artists like Trickle and ACM, the latter of which continues to work with him today as his producer. ACM is perhaps best-known for his hit project “The Professional,” which was also released while DoubleJae was in prison in the early 2000s.

Today DoubleJae boasts a sound and style that is different from anyone else out there. His signature flow is good, fun, old-fashioned hip-hop. And the messages in his lyrics explore topics far different than most other hip-hop music today.

“I’m not talking about guns and drugs and everything glorifying that,” he said. “It’s OG rap. I like the rap that young kids do today, but my stuff is grown and sexy. It’s mature rap. It’s aged like fine wine.”

DoubleJae said he’ll continue to showcase that signature style on his forthcoming ablum “The Late Bloomer,” which is set to release later this year.