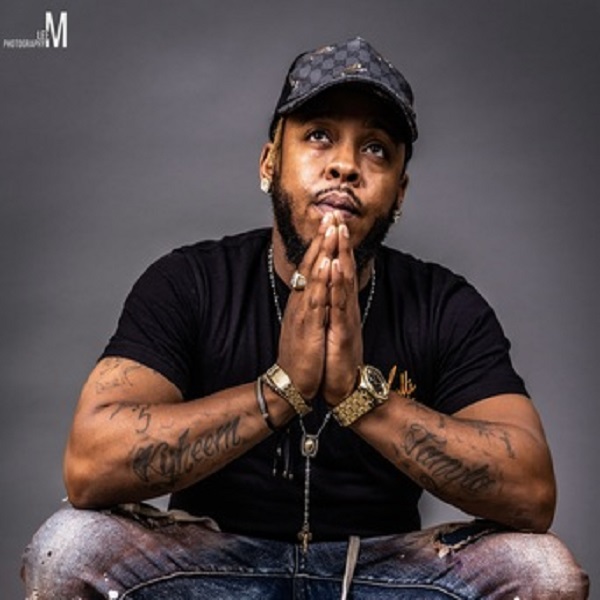 KINGSTREE, SC – The lyrical genius Keem Reed – AKA G Check – has dropped yet another example of his mastery of music with his latest album “H.A.R.D.” Featuring the hit single “Flowers,” the soon-to-be-released album is a project that feels equal parts introspective and entertaining, while offering audiences a look beyond the music into the heart and soul of this young artist who is poised to become an international superstar.

Inspired by the tragic loss of his son, who was stillborn just a few months ago, the album uses music as therapy, with messages of hope and inspiration in the midst of heartache and loss. The highly emotional project touches on a wide range of feelings and experiences in ways that are sure to connect with listeners from every walk of life. With “Flowers,” for instance, G Check shows the true hip-hop version of his sound by encouraging others to let loved ones know how important they are now instead of waiting until it’s too late. It’s a bit of a departure from his previous hit single, “Big Dreams,” which was featured on his album “March Madness” that dropped earlier this year. On that song G Check blends Country and hip-hop to set the stage for lyrics that inspire others to chase their dreams no matter what challenges might arise.

“I come from a small town you’ve never heard of, but I have a big dream and I gotta keep it up,” G Check said. “If you know me, you know I be going hard. No matter the circumstances, you gotta keep your dream. And don’t take anything for granted along the way. That’s where the idea of ‘Flowers’ came from. Too often we realize how much we love a person after they’re dead instead of appreciating them when they’re alive. So give me my flowers now – tell me how important I am to you now. If a person is important to you, let them know now and acknowledge those things today before it’s too late.”

Having been involved with music in one way or another since he was a young child, G Check said he has always had a passion for art and the craft of music-making. He credits his family – especially his mother – for giving him the biggest inspiration to pursue his dreams. Over the years he has developed a style that stands out from the crowd. His punchlines, metaphors and lyrical cadences leave listeners mesmerized. His wordplay is otherworldly. And his ability to tell a story through vocal pictures is second-to-none.

“There are certain brains in the world that can digest words in a way that gives them the ability to share it with anyone else,” G Check said. “I want to get out there and get people’s attention so that more and more people can digest my words and be inspired through different situations in their lives. I’m painting a picture and putting that song in your brain just like I’m painting it on a tapestry. I want to elevate the way people think and to elevate their spirits. I feel like I deserve to be heard as one of those minds that progresses to the next level. So tune in, and when you hear ‘Oh Lord!’ just know that you’re in for a lyrical blessing.”

To listen to G Check’s music, or to follow him on social media, please visit the following links: