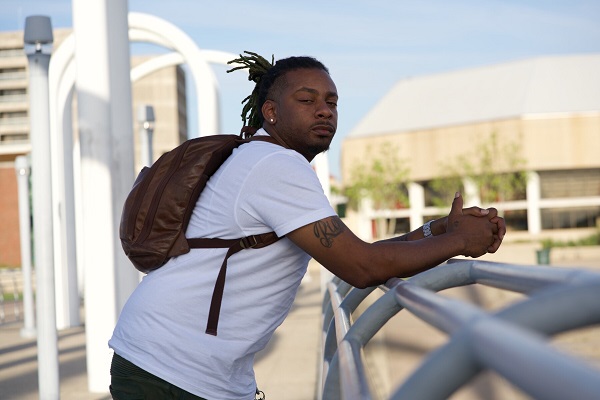 NEW ORLEANS, LA – GMB Flash has witnessed a lot of messed up stuff in his life growing up in the Ninth Ward of New Orleans. The pain and suffering he’s endured is the core of the music he offers to the world – an inside look at the hard life through the lens of very good music.

His most recent offering to the world is the hot new single “Put Up or Shut Up.” It’s a message to anyone out there who claims to be a baller or to have money to affect change, that if they don’t step up and put their money where their mouth is then they better shut up.

“Prove to us that you have it,” GMB Flash said. “If not, be quiet. A lot of people talk the talk but don’t walk the walk. This is me letting you know you better put up or shut up. A friend of mine sent me the beat and he asked me to kill it. That’s my job, so that’s what I did – I killed it. We got it to put it up – there’s no shuttin’ up on my end. Ain’t no quiet mouths over here. The goal is to show the world we been doing this for a minute.”

GMB Flash is no stranger to aggressive and in-your-face lyrics. He’s made a career on it, in fact. For years he’s been performing at the top of the game, and his style is one that people recognize immediately for its authoritative and declarative nature. It’s the reason he was given the nickname Flash in the first place – because of his temper and the way he moves around in the streets. He’s never been one to wait on someone else to make a move, and when it comes to his career as a musician he’s been leading the way for a long time.

“Ain’t nobody else out there like me,” he said. “I’m not a mumble rapper or doing something just for clout. There’s an actual message in my lyrics that will definitely resonate with the streets. Anyone who is even close to this type of life will feel my music. Folks who went through the type of stuff that I went through – stuck in a poverty-stricken environment where you constantly had to battle – will connect with what I’m bringing. It’s music for anybody who’s trying to elevate out of that. I don’t ever want to open up a pack of Top Ramen again in my house.”

GMB Flash said “Put Up or Shut Up” is a single off a new EP called “Flashed Out,” which is currently available across all streaming platforms. It’s a project that shows off his style and brings the Get Money Boys name into the world. He plans to follow that with the mixtape “Reincarnated” later this year.

To listen to GMB Flash’s music, or to follow him on social media, please visit the following links: