Grand Marquis – How I Do 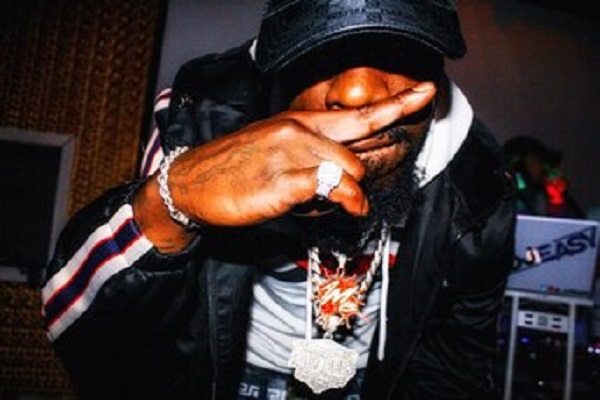 WASHINGTON, D.C. – An epic new single from East Coast artist Grand Marquis has the kind of vibe that is making people all over the world want to know who this fast-rising young artist is. With a sound that feels ready-made for the Next “Fast and Furious” movie, Grand Marquis’ “How I Do” is the perfect kind of song for a chill night out on the town. The mid-tempo smooth groove has a nice sway to it, and the mellow vibe pairs with epic melodies laid against Grand Marquis’ freaky flow for a truly mesmerizing sound.

Originally from New York, Grand Marquis relocated to Northern Virginia at age 9 with his family. He has always loved music, and eventually began playing songs on his keyboard and learning music by ear. At times, he would sit in his room and play original songs, while other times he would write lyrics as they came to his head. Those two things eventually melded together and he developed his own signature sound and style. Learning from some of the greats like Biggie and Nas and Jay-Z, Grand Marquis began to weave together a classic sound that gained attention from an ever-widening fanbase all around the world. He has emerged as one of the most notorious rappers in the DMV area, and one of his biggest accomplishments was opening for Bone Thugs N Harmony and Naughty By Nature in front of 20,000-plus people.

“It’s been a long ride from starting to play the piano by ear and then beatboxing with Benny Blanco in middle school to finally get to where I am today,” Grand Marquis said. “I just kept grinding and doing shows and trying to get my name out there, and eventually I started getting booked for shows and built a team and now I have a whole entertainment label behind me (Ambitious Entertainment).”

More than anything, people who look at Grand Marquis’ career and his music will know that he has always had the drive and power to move forward. It’s no wonder that his stage name feels so classic – it’s the perfect description of how he approaches his craft and what listeners can expect from his music.

With “How I Do,” Grand Marquis puts that skill on full display. To call it epic is not an over-statement. It has the high-quality production and “epic” sound that makes it feel like it belongs on the next soundtrack of a movie. And it’s that triumphant celebration that makes for the meat of the song in ways that invite anyone who listens to it to join in on the fun.

“It has been a long struggle and this song is all about saying how we felt like we made it,” Grand Marquis said. “It’s a night on the town and we turning up. It’s me putting myself out there expressing myself and knowing I did it without any handouts. I’m just trying to make it happen, and this song is a celebration of that.”

Grand Marquis said he plans to follow up “How I Do” with an album called “No Question,’ which will feature 16 songs and should drop later this year.