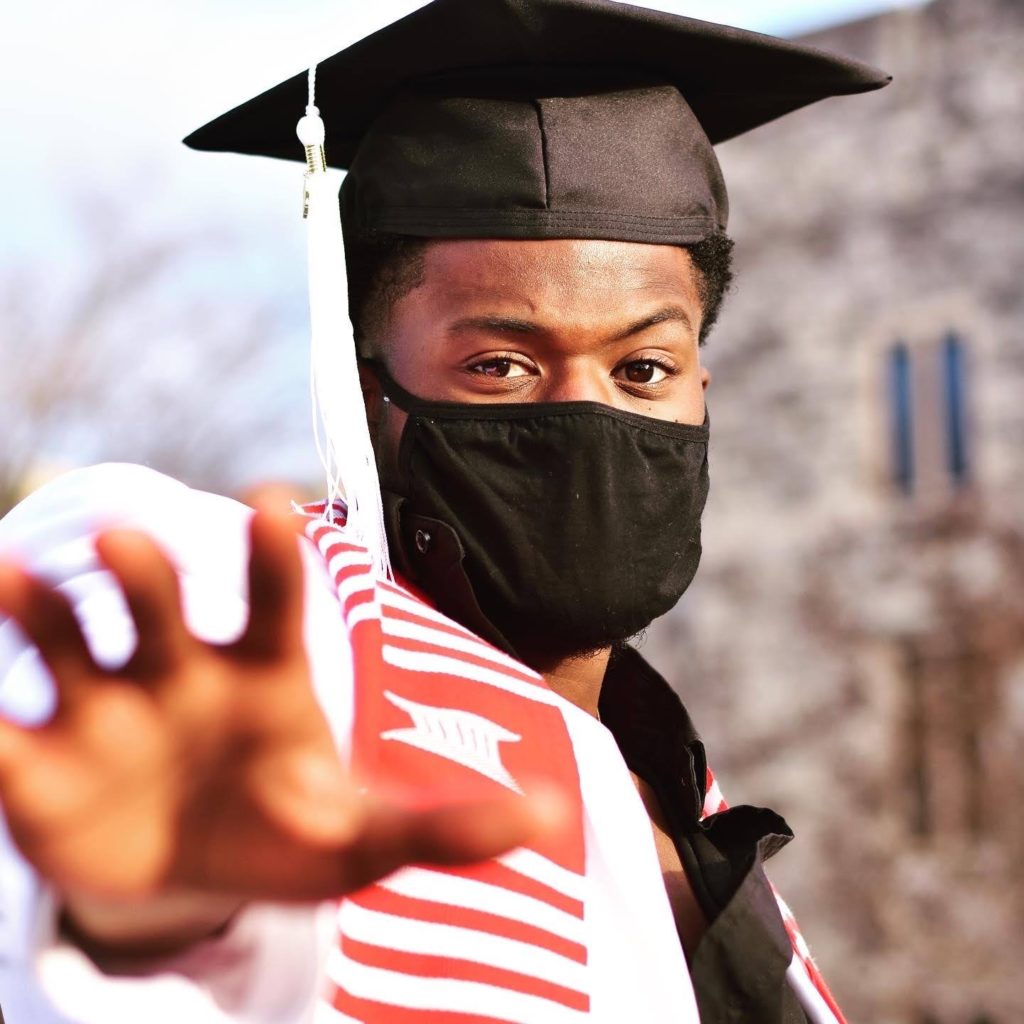 CHESAPEAKE, VA – For as long as he can remember, the No. 1 has been an important symbol to Jaylen Foskey. He wore No. 1 when he played football in middle and high school. He is the ace of his line as a member of the fraternity, Kappa Alpha Psi. It’s his lucky number and has become a central part of his identity. So, it made sense for him to embrace the number as his stage name when he decided to pursue music as a full-time career. Today J’uno is one of the fastest-rising young talents in the industry, and his new album “InnerVision” is about to show the world a whole new level of talent and artistry.

The project is one that is very reflective of the current times, with 14 songs that deal with societal issues, mental health, and what goes on in the mind of a black man in today’s “American” society. With tracks like “Realize” and “Sandlot,” J’uno explores how various experiences can affect or lead to trauma and examines the depths of human compassion and vulnerability in ways that he hopes will draw people closer together.

“The No. 1 aligns with the way I think about the world,” J’uno said. “I see us all as one people – one cosmopolitan society as people of the earth. I really believe we as a society need to wake up and understand that we’re all in it together. Being one unit is something that has always been driven in my mind. This album is about overcoming the things that divide us and trying to bring more light to the world. It’s all about vulnerability and trying to make a push for making sure people are able to open up about their issues. It’s all about uplifting and empowerment and reflection. And ultimately it’s all about freeing yourself from the worries of what’s going on in the world and from the bounds of societal pressures.”

One of the more poignant songs on the album is the single “Sandlot.” Born from a personal experience that came with a major trauma to one of his best friends, the song offers a nostalgic vibe and invites listeners to think back to days of growing up and playing outside while appreciating the lessons learned at the time. J’uno said a month after he and his friend graduated from high school, his friend was shot outside of his home while defending his family from intruders who were trying to break in. The bullet missed his spine by less than a centimeter. His friend is now fully healed and able to walk, but the experience was one that served as a harsh spotlight on the evils of the world.

“There are so many people out there who have lost people, or almost lost people, to gun violence,” J’uno said. “I wanted to make a song that was about that experience, but more so was about reflecting on good times and relationships.”

Overall, J’uno said the entire project has more of a mellow, laid-back vibe to it, with lyricism that has already been likened to wordsmiths like J.Cole and Kendrick Lamar. Some of the songs pick up a bit, but for the most part it’s a chill vibe. More than anything it’s a project that showcases this young artist’s impressive intellect and crystal-clear clarity and perspective on the world. His insights are profound, and listeners will be hard-pressed not to think about the ideas he brings to the table long after they’ve stopped listening to his music.

“Freedom encompasses so many different aspects of my music,” J’uno said. “Freedom of expression. Freedom from the bounds of one sound – I love to experiment and I have such an eclectic taste in music. Freedom to create and not try to be tied down to being a one-trick pony. Personal freedom. That idea of liberation is the main message of this album. Free yourself from any type of thought process that limits you. Be limitless and free within yourself, and let’s use that to free society as a whole.”

To listen to J’uno’s music, or to follow him on social media, please visit the following links:
Album: linktr.ee/J.uno