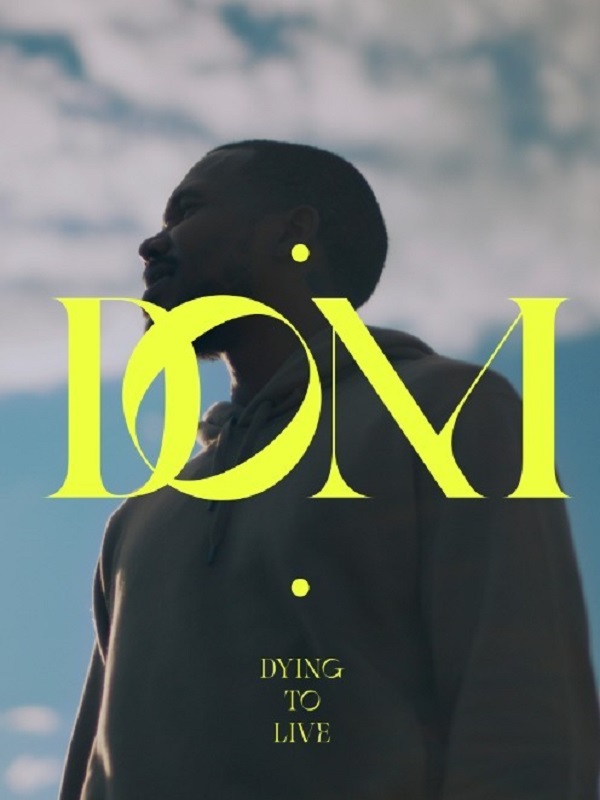 BRONX, NY – Dominique “Just Dom” Cox is a man whose spiritual journey has taken him far over the years. From a life that brushed up against violence and drugs on the streets to a spiritual awakening that today encapsulates a lifestyle that motivates all others around him, this young man has a story that’s inspiring. He’s sharing that story through song with his debut single “Dying To Live,” which is currently available across all streaming platforms.

Written in response to the dark times so many people around the world find themselves in these days, the song pushes a message of motivation to all those who are thinking about quitting or who lack self-discipline to see things through. It’s a song that born from his own struggle of trying to figure out what he was going to do with his life, and ultimately discovering his life and his purpose.

“I’ve been doing massage therapy for almost 10 years, and that started when I decided to change my life and understand that I’m in control,” Just Dom said. “Growing up I had a rough upbringing, and I did some things I wasn’t so proud of. I got to a point where I had to ask myself: Am I dying to live or living to die? That’s the message I’m pushing with this song. The words and things I think sand say are direct manifestations of me and what I want for myself. You can take back your power and understand how powerful your words are and believe in yourself. That’s the whole purpose of this song.”

It’s not just the words that are powerful, either. King Dom said the video that will be released in coming weeks will serve as a visual motivation that’s the perfect accompaniment to the song. Visually, it will show people a transition from the times they’re in right now to a time of freedom represented by nature and being outdoors and not having to wear masks all the time. For those illustrative times of nature scenes were shot in Woodstock, and those moments will be juxtaposed against scenes of Just Dom in on the train station on Grant Avenue in Queens, as well as on the E Train in Long Beach.

The combination of visual art with his thought-provoking lyrics makes for a deeply conscious musician who is set to leave a definitive mark in the music industry. Following “Dying To Live,” Just Dom said he’s preparing to release a second single called “Hood Cry,” featuring an artist named Castro, which is another empowering and motivational song for the masses.

“My music is more conscious and ultimately I hope is known for being more vibe music,” he said. “There’s not anything you can put in a specific genre, it’s just feel-good music. It’s the kind of music you can drive in the car and it feels good to turn on, or you can play it in the morning and it motivates you for the day. That’s the kind of sound and inspirational vibe I want to continue to produce.”

DYING TO LIVE just DOM from NewMinds Studio on Vimeo.

To listen to Just Dom’s music, or to follow him on social media, please visit the following links: