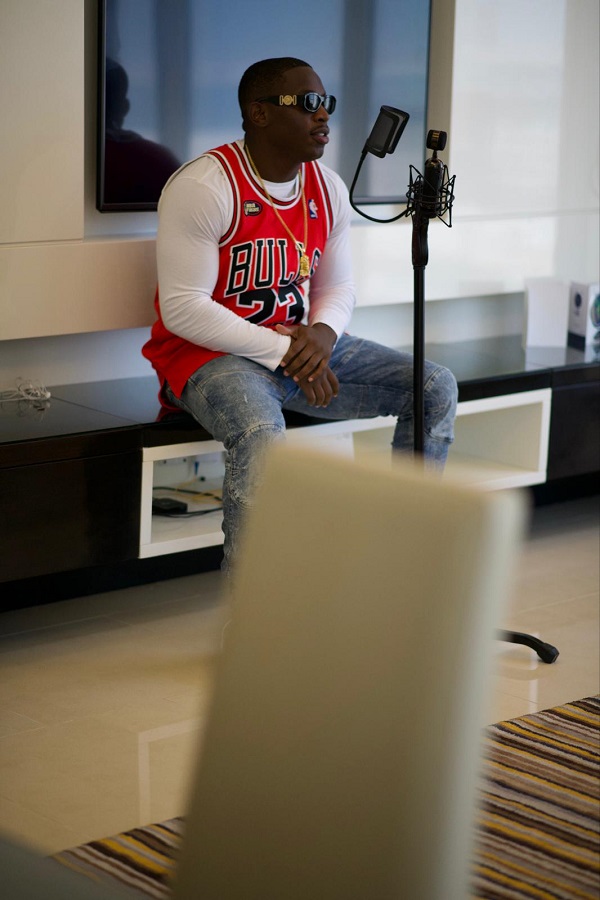 VIRGINIA BEACH, VA –  Since launching his career a few years ago, the artist known as Kay has been popular with music lovers of all ages. Through determination and experimentation, Kay is able to make music that reaches across generations. He continues to thrill his diverse audience with his latest single, “Can’t Call It.”

The singer-songwriter takes a modern approach to the R&B genre. His sound is very contemporary but his harmonies give his music a nostalgic feeling at the same time. Kay has a unique and authentic voice, which he uses to its full potential in all of his songs.

Recorded at Blue Sky Studios in Chesapeake, Virginia, the new single, “Can’t Call It” was produced and co-written by Atlanta singer songwriter ForteBowie. The mid tempo track discusses being involved with a friend with benefits. As Kay explained, when she wants to take the relationship to another level beyond, his response is “I understand that things are good but I don’t know if I’m ready. You know – I can’t call it.” “Can’t Call It” is slated for release on May 18 on all the major digital platforms.

Kay’s early releases, “Back Inside” and “Feelin’ You Up” racked up thousands of streams on popular digital platforms. He followed this success with a number of releases which saw him experimenting with his sound to reach a younger audience. Through hard work and experience, his sound has greatly matured. “Now,” he said, “I feel I’m more comfortable within my sound.”

Working with two producers, ForteBowie and K’Ron out of DC, Kay released the five-track EP, “Sounds Like Kay,” late last year. Kay was looking to bring out some smooth R&B to fill the gap for “Love R&B” which he felt was missing. One track in particular, “Locked Down” represents the vibe that the artist was aiming for. Conveying that someone shouldn’t be embarrassed to say that they have someone special, the song asserts that someone shouldn’t be ashamed to be devoted to one woman. Kay said “I feel like some people think monogamy is lame now. You know, you gotta have all the girls now.”

Also in 2019, Kay released his 90s-influenced anthem “Crush,” which was produced by K’Ron. “Crush,” which appealed to an even younger generation with its familiar “Love R&B” theme, talks about being in a relationship with someone special, but not being in a rush to go further than the other person wants to.

Originally from Lakewood, New Jersey, Kay Damon’s interest in music flourished at an early age. Growing up in Jersey, he listened to artists like Lauryn Hill and the Fugees. His musical inspirations come from R&B of the 2000s and 90s, and the biggest influences on Kay’s own sound were artists such as Usher, Mario, Lloyd and Chris Brown.

Following the release of “Can’t Call It,” Kay plans to release another single in late summer or early fall. He is also working on a new EP titled “Sounds Like Kay 2.” Skilled at making music that has a wide appeal and makes you want to be in love, Kay is bringing out music that fits the mood when you’re hanging out with your significant other or when you are on your own.

To listen to Kay Damon’s music or to follow him on social media, please visit: