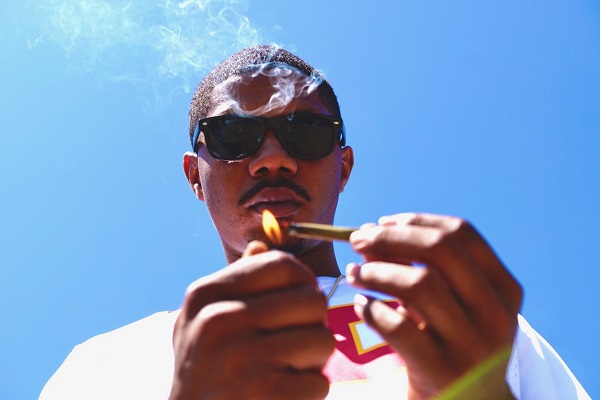 LOS ANGELES, CA – From the gritty streets of Los Angeles by way of Compton comes Kushy Carlito, an up-and-coming artist and entertainer who is primed to take the game by storm.

Emerging onto the scene with his “kushy” flows and witty wordplay, Kushy Carlito delivers an array of records that portray tales of the struggle. With his transparent and sometimes painful lyrics, Kushy sheds light on issues in the community while also motivating others to “get that money.” His latest single “Superbad” is a feel-good anthem for all the hustlers of the world.

“It’s one of those motivational tracks that you can have fun with,” he said. “It’s an upbeat, party kind of song. But it also shows my more laid back vibe when I rap. I’m trying to be more positive with my music, and I think my messages make me stand out more than anything else.”

Kushy said that though he’s moving toward more of a positive image and message through his music, he can’t deny that the street life is survival of the fittest. But he’s come to recognize that every day is a blessing in and of itself, and he wants to bring that hopefulness to his music. He also wants to show other people living in the struggle that there is a way out of poverty and that pit of violence and crime – a way that’s healthy and honest.

“I’m musing my music to take my following along for the ride,” he said. “Money is the motive, as with anything else. Growing up in the hood, the youth seem to go down the same road to gain their riches – selling drugs or hitting house ‘licks.’ I often found myself caught up and eventually suffering the consequences of my foolish decisions. But I’ve decided to make some changes. With a 9-to-5 grind, I use my hustler’s mentality to fuel my real dream, which is music.”

Kushy said some of his biggest influences are Nipsey Hussle and Kendrick Lamar. When he decided to take music seriously and pursue it as a career, he studied those two artists relentlessly. He took those lessons and began putting in the work to master his craft with only one goal in mind: “Be your own boss.”

“That’s what ‘Superbad’ is ultimately about,” Kushy said. “I’m trying to create music that makes people change their mindsets or look at situations in different ways. I’m also trying to create something that’s gonna help them relax and just kick back and enjoy.”

Kushy said that following the release of “Superbad”, he’ll be working on shooting videos for some of his singles and said fans should be looking for a new single called “Movie” within the next couple of weeks.

To listen to Kushy Carlito’s music or to follow him on social media, please visit: