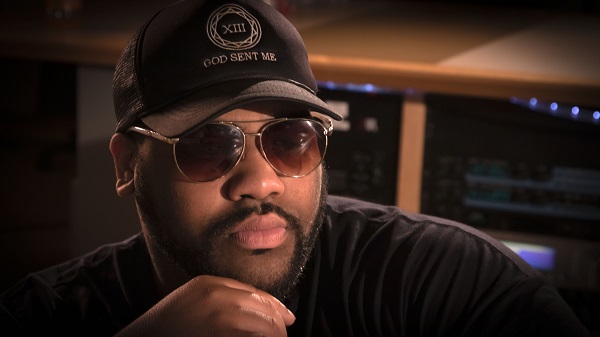 ARLINGTON, TX – Independent artist and songwriter Markali Mac offers the world a piece of his soul with his new album “Fish Don’t Belong in Tanks.” Inspired by the upsets and downs of my life this year and in the past as well., the album offers listeners Markali’s unique viewpoint on things from Black Lives Matter to Covid to various experiences throughout the year that have challenged many people to grow or get left behind. Those messages are told alongside an old school sound with a new school vibe for something that’s sonically different than anything else in the industry today.

“My flow is different and my approach to music is real creative in how I ride the beat,” Markali said. “Not every song is gonna sound the same. There’s Trap on this album, and Rap, and Rock, and Pop – whatever your style is, I have something for you. The title and concept for the album came from a book I read while I was incarcerated. Basically, the question that it presented was: What’s better for a fish, to live protected and safe in a tank or to live at risk to all the dangers of the wild? I’m a Pisces which is the sign of the fish, and we don’t belong in jail. So this album is about me breaking free from an old mindset and giving the world a piece of me. And if I can overcome things – like anxiety and depression – then others can do the same.”

The album features 24 original singles with a deluxe version of the album to follow shortly thereafter, with four new tracks and one extended version. The non-deluxe version is now available across all streaming platforms. Markali said a lot of the sounds on the project were inspired by some of his favorite artists such as J.Cole or Kanye West. Listeners will be able to recognize those influences across both the chill songs and the more hype and upbeat tracks.

The debut single from the project is “Born” which has already been streaming in wide release for the past two weeks and has tens of thousands of plays on Spotify. It’s the first track on the album and as such “starts off everything from the jump,” Markali said.

“I think it shows people right off the bat that I’m something different, which is what I want my music to be known for,” he said. “I want to be motivational. When people hear it, I want them to feel like its eye-opening and deep. I’m always gonna be true and be myself. However I see it, that’s how I’m gonna say it, and when people hear it, they might benefit from it. But that doesn’t mean I create music that’s limiting. I think there’s something everybody should be able to listen to on this album because of its universal message that’s needed in these times.”

To listen to Markali Mac’s music or to follow him on social media, please visit: