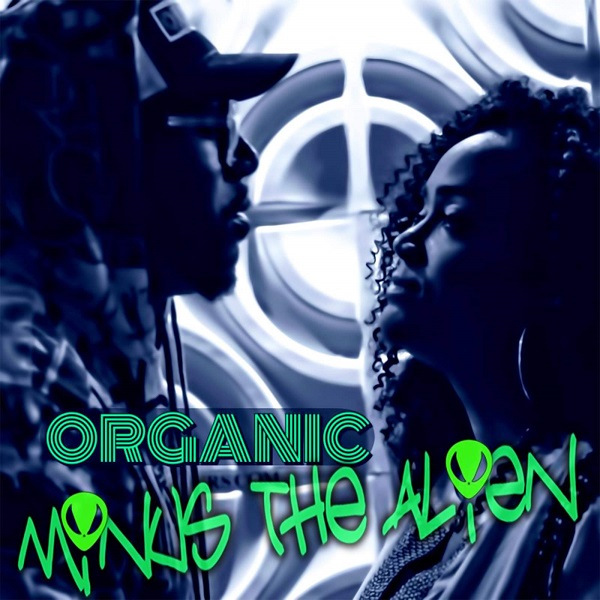 AKRON, OH – A jazzy new up-tempo Hip Hop song from music industry veteran Minus The Alien is making its way through the Midwest with a fury and is poised to become an international hit. “Organic,” produced by Dramatize Productions, is a song about finding real love in a world full of fake love. It features female artist La Butterfly, a Neo-Soul and Hip Hop artist out of Ohio who also happens to be Minus The Alien’s fiancé.

“I literally found her through music,” he said. “This song is based on a real story of me getting out of a toxic relationship and going on a journey looking for a soul mate, in a sense. I found my butterfly and we’re engaged now. We also have other music we’re collaborating on and working on together, but this single is our first. It’s ultimately about encouraging people not to give up on love, no matter what you’ve been through or if you’ve had a toxic relationship in your past, like me. I want to be a witness that love is always gonna be there.”

A video for the single, directed by Daymon and Minus The Alien, was also released on Dec. 31 and has been getting some plays on his YouTube channel. Featuring a cinematic style that tells a story of a relationship falling apart after the man catches the woman cheating, it’s a visual story that perfectly matches the tone of the song.

Minus The Alien is a familiar name for Hip Hop fans throughout the Midwest. Formerly known as A-Minus, he has gone through a rebranding stage over the past couple of years in an effort to take his music to all parts of the U.S. and eventually to an international audience. Known for being very socially conscious, he uses his platform to speak on social issues that oppress people. And at the end of the day, he said he wants his music to be seen as creative in its presentation of real issues, while also being digestible and motivational.

His other passion is the youth of the world. He has a strong passion for mentoring youth and community outreach. He’s the recipient of the 2018 Men of Champions Award presented by Mayor Dan Horrigan and the Joy Park Neighborhood Federation. He’s also a 2016 alumni of the Neighborhood Leadership Institute of Summit County, and the founder of a grassroots non-profit organization called Alien Arts Inc.

“I know how music affects kids,” he said. “They believe stuff word-for-word. I don’t want my music to ever misguide them and encourage them to get involved in violence and drugs, like a lot of other Hip Hop music does. I don’t stand for that. That’s not the Hip Hop culture I experienced or want to experience.”

His sound is, in fact, more indicative of the upbeat and fun vibes of the mid-90s Hip Hop. Fans who listen to “Organic” will immediately get that feeling from the song.

To listen to Minus The Alien’s music or to follow him on social media, please visit: