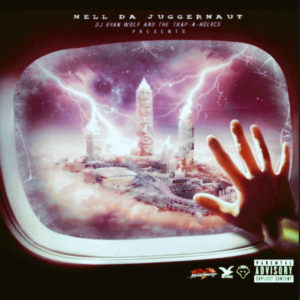 Cleveland rapper, Nell Da Juggernaut, found his calling during an especially dark time when his grandma was in a coma. While going through this depressive time, he began writing rhymes to keep his grip on sanity. After she passed away, he began pursuing music full-time. Within a few years, he started recording himself and brought his gritty, witty, relentless, ruthless street style to his 2018 debut EP, Jupiter hosted by DJ Ryan Wolf.

A native of Cleveland’s often-dangerous Southside (U.T.W), Nell Da Juggernaut found himself in trouble early on in life. By age 15, he was on the brink of crashing out. He began rapping while focusing on himself and his craft and took it more seriously when he realized it was therapeutic for him. He released his first song, “Spazzing,” in April 2017. From there, the rapper quickly ascended, self-releasing several singles like Kick, 6PM in Cleveland & Thoroughbred. He soon caught the attention of national-level stars. Then collaborated with Trapaholics & DJ Ryan Wolf on Jupiter 2.