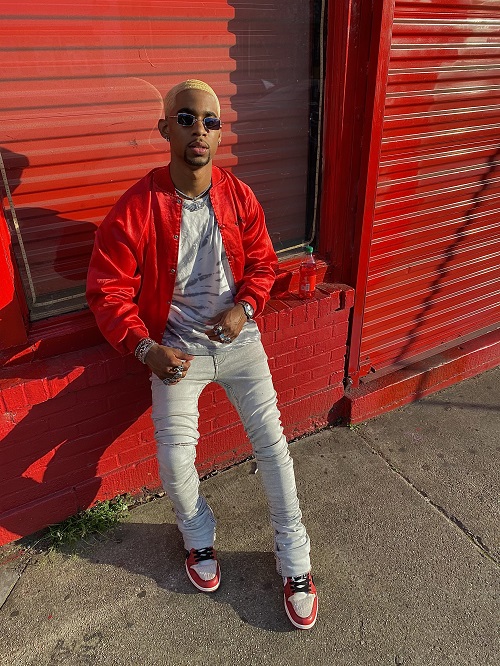 Since his official 2019 debut, the Atlanta, Georgia-hailing independent artist Vaun1k has amassed plenty of hype around his melodious canter and beats that bring the energy but allow his RnB-inspired vocals to dominate the mix without ever being over-facing. With the flawless production, his enigmatic person and the playful wit in the lyrics, you can consider 1k a triple threat. His latest release ‘ALLADAT’ is the third release from breaking rap artist and vibe alchemist. His music flows in the tides of new wave trap, but even old school fans will want to test the waters in this smooth ride of a release. This goes hand and hand with his energetic performance style and rockstar aura, making him a well-rounded artist you’ve got too hear and see to believe.

Born Javaun Anderson, Vaun1k grew up in the suburbs of Atlanta where his passion for music grew. The influence stemmed mainly from his mother, who was heavily involved in the industry, going on to sing background vocals for Too Short’s ‘Pimp The Hoe’. This alongside his childhood influencers: Lil Wayne, Eminem, 8-Ball & MJG, Tupac, Paramore, etc. inspired 1k to start writing music at the age of 10. Due to year-round sports and school, Javaun couldn’t quite find enough time to work on his craft until mid-2016 when he booked his first professional studio session. The following year he dropped his first single on SoundCloud called Diamonds Bitin’. Juss Russ Radio” gave early recognition to 1k, breaking down the single by saying “he makes energy music, music his listeners just need to feel, creating a profound impact with each piece.” This fuel to the fire ignited 1k to continue to push more music. Fast forward to 2021, Vaun1k is picking up some serious steam, racking up 50k streams on his newest single release in under a month. He says “I’m just getting my feet wet” and by the looks of it, he’s absolutely right.