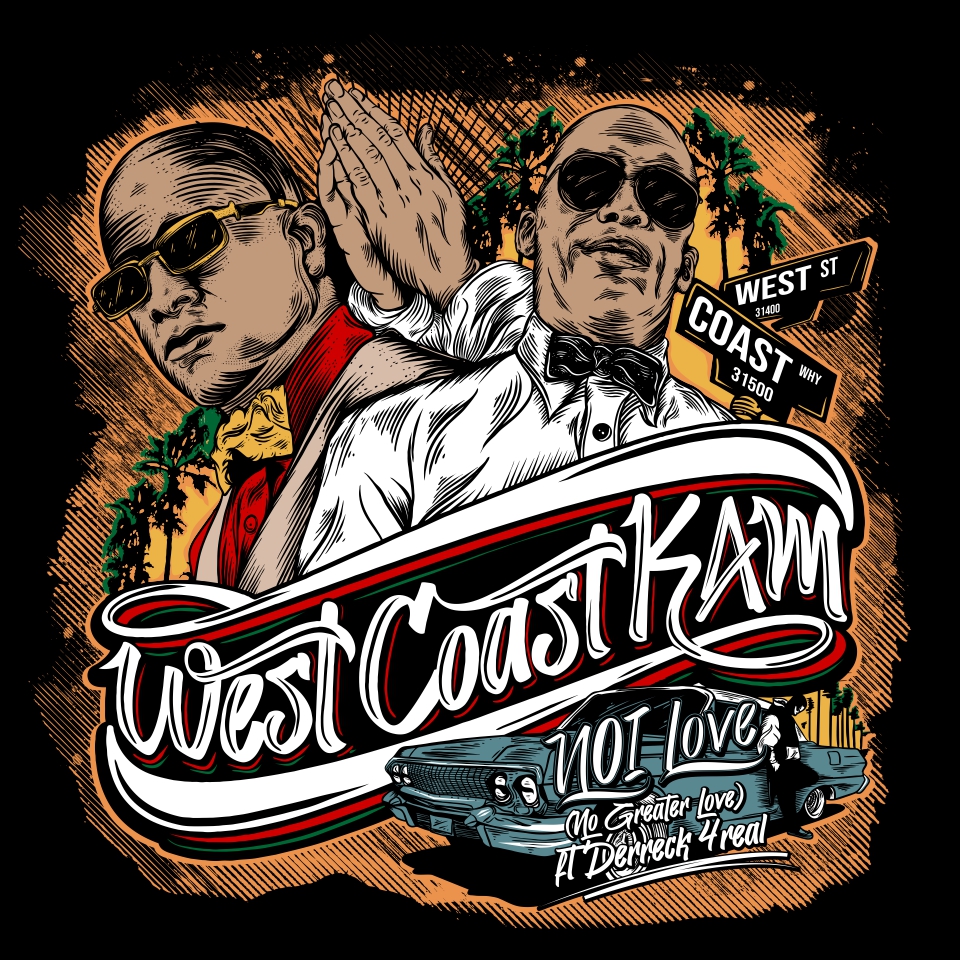 respected Rap Artists in Hip Hop. The lyricist is known for his strong Pro-Black street-lyrics and his NOI (Nation Of Islam) membership. Kam is the most consistent leader in his community and the HipHop industry for

In 2020, he continues to solidify his “Hip-Hop Legend” status with a brand new banger entitled, “NOI LOVE (No Greater Love)” featuring Derreck 4real. The single is one of the tracks on his newly-released Mixtape Album, “2020 GOD VISION.”

Kam is known for the hip hop classic single “Peace Treaty,” a song chronicling the historic ‘1992 LA Gang Truce’ between the Crips and the Bloods following the not-guilty verdicts of the 5 white LAPD officers who brutally beat the late Rodney King. This was the first vicious act caught on camera for the world to see in our era. In early 2021, Kam is set to release a lot of new material featuring artists as Kuruptof (Tha Doggpound, The Chill (Compton’s Most Wanted), R&B Star Raheem DeVaughn, the recently deceased Reggae legend Purple Man and more. The production technician is the legendary producer DJ Battlecat.