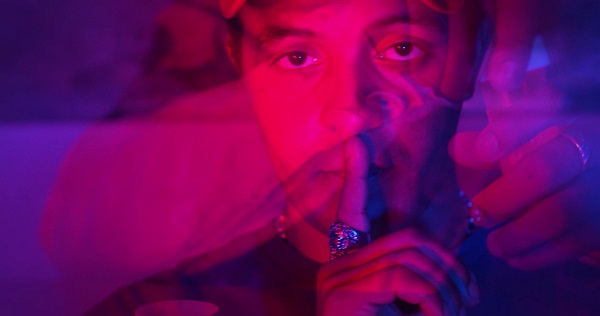 A mix of Trap, Soul and Rock take center stage with the latest single from Hip Hop artist Q the Music. “Lust &Pain” is a track created by this Navy engineer currently stationed in Guam. He’s been a writer and producer for other artists for many years and over the past couple of years has taken the time to create his own music, which he is just now ready to share with the world. “Lust & Pain” is the first of those offerings. The aggressive, gravely vocal is set against heavy 808s with a distorted synth keyboard melody in the background that takes listeners on a journey. The bouncy beat drives people to bop their heads while the deep lyrics make people want to hear more of Q’s story.

“It’s basically a re-enactment of a time when I was in LA,” Q said. “It was one of those crazy nights when you go out and party and you’re with a toxic individual that you don’t realize how bad they are until later. My music is an emotional ride and I really want people to vibe with it. You can put on all of my tracks throughout the day and get a bunch of different vibes, with lyrics that make you think and intrigue you to make you want to listen to it more.”

Q said he first got into music when he was younger. He started off as a dancer, and many of his first jobs as a dancer were enough to keep him off the streets in Michigan where he grew up. He knew he had a gift for entertaining, but never tried writing songs of his own until he got older. He recalls listening to Otis Redding, Frankie Lymon, The Temptations, and especially Prince when he was younger – all of whom influenced his sound and style over the years. Around age 14, he started dabbling with writing and then during his teenage years, he began working on several movie sets as an actor and production assistant. But all along the way, music has been the main thing that has stayed true for him.

“I write my music based on my light and dark experiences of growing up and from traveling around the world with the U.S. Navy,” he said. “I consider my form of music to be genre-blending, using old and new forms of sound – from Rock & Roll to Hip Hop. When I’m not writing music, I’m creating concept EP and album covers. Music is the greatest stress reliever, especially when I’m out at sea for months and I don’t see land. I’m an engineer so I’m always looking at lights and hearing the engine non-stop, and I would write lyrics at night to get through those things. Music has always been the thing that has gotten me through hard stuff.”

Q said “Lust & Pain” is just the first of many songs yet to come. He’s working on an EP called “Prisoner” which should drop in March, with even more music slated for later in the year.

To listen to Q the Music or to follow him on social media, please visit: