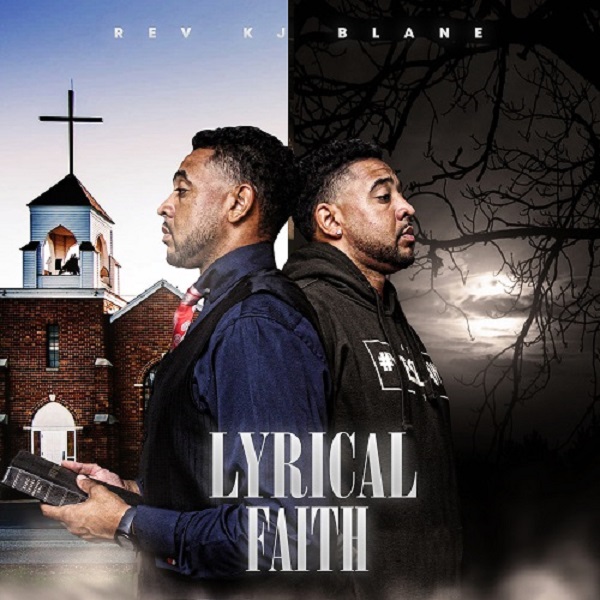 Newport News, VA – Touching souls and changing lives… That’s the passion behind the music from Christian rapper Rev. KJ Blane. And his new album “Lyrical Faith,” which is available across all streaming platforms, does exactly that. Taking the approach of a preacher using music to pass along God’s message, Blane brings the thunder with insights into God’s Words and inspirational licks that are sure to motivate people all over the world.

“You don’t have to put on a suit and tie to dress the part with this album,” Blane said. “You can keep your street clothes on and ride in your car and let the Word marinate in your soul. This is a project that will inspire people that no matter what they are going through, it can and will get better. It’s songs to get you through anything, and uplifting songs, because God is the one who uplifts our souls.”

Since its release on Nov. 27, 2020 – the birthday of his late brother, Daniel Blane Jr. who died from cancer early last year – the album has received some high praise — cracking the Top 100 on iTunes in his genre, and going as high as #2 on Amazon’s Digital Charts for Contemporary Christian new albums. Austin Radio DJ White Brutha (Todd Engle, owner of Insanely Gifted Radio) called the album a “marathon of all (Blane’s) sermons combined.”

“If you don’t get inspiration from listening to these songs, then something is wrong with you,” White Brutha said. “The quality of this album exceeds most of the albums that have been released (in 2020). This is a solid listening opportunity to expand your taste and get familiar with the Christian outlet from an authentic lyrical artist who sets the tone effectively throughout the project. Impressive. I almost wished there were more tracks to listen to. Even if the ‘message’ is overlooked, the music and the vibe will keep your attention just as well.”

That’s high praise for a debut album from an artist launching his first project in his mid-30s. Rev. KJ Blane has been in the Army for the past 10 years and is currently working on his master’s degree with intentions to become an Army Chaplain. Originally from Bartlett, Texas, he is the son of Pastor Daniel Blane who has been preaching at Mt. Ararat Missionary Baptist Church for more than 25 years. Church life has always been a part of Rev. Blane’s life, and he recalls playing the drums and singing in his father’s church from a young age. He began to rap in high school as a fun outlet with friends but soon discovered that he had a natural talent for it. He dropped his first mixtape, “It’s My Turn,” in 2011, one year after enlisting in the Army, but music took a back seat to his career and his family, and it wasn’t until he lost his brother at the age of 35 on July 21st, 2020 that he returned to music as an outlet for his emotions.

“Music has always been a way to vent and I know I can use music to reach larger crowds to get God’s Word across,” Blane said. “When my brother died, I went to a dark place. What got me through that was picking up the notepad and starting to write. The first single and video that released was “This Time”. Blane takes us into that one on one conversation with God asking Him to show up in his time of need. The opening track on the album, ‘Devotion’ opens like a church service. I utilize my preaching, Scripture, and prayer, along with my lyrics at the start and I close the same way. It’s like you’ve literally come to a Rev. KJ Blane’s church service. When you hear a song from me, you’re going to actually get Scripture or at least a breakdown. You might call me up afterward and say that felt like Bible study, which is great because I want my music to use those Bible verses and help you understand it through song. Bible verses are what got me through dark times, and they can for you, too. At the end of the day, it’s songs to get you through anything.”

To listen to Rev. KJ Blane’s music or to follow him on social media, please visit: