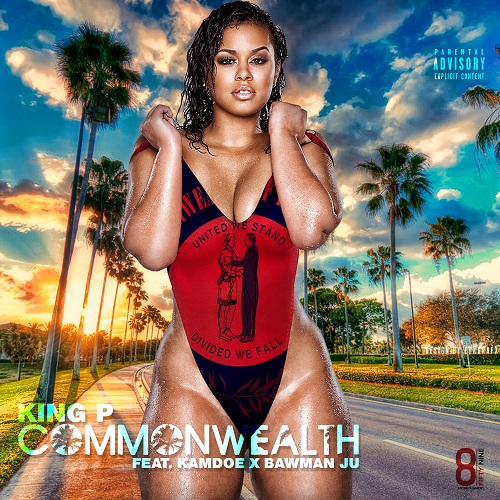 King P. along with KamDoe and BawMan Ju (aka Jizzle) are set to release the follow up to the Miami-infused video “Lebron’z”. Also set in Miami Beach and shot by Gorilla Grind Films, “Commonwealth” bodes a braggadocios, onslaught by King P., a boisterous verse by BawMan Ju, and a lyrical assault by KamDoe all over a Cash Money AP beat. Set to be the anthem for every Kentuckian on their grind, “Commonwealth” is sure to hook you with its Bluegrass Drip and KY Raised flow as well as those HOT Miami visuals. The video is set to drop on YouTube in the next few days. Be on the look out for more 8 Fifty Nine Entertainment by subscribing to the 8 Fifty Nine ENT YouTube Channel or go to www.859ENT.com.

Also follow @KingP859 or @Vincedeezy for booking info or other business endeavors.