[Single] @LadiKlip ‘Break That Back’

Trina Taylor better known as Ladi Klip was born in Fort Lauderdale, Florida AKA Broward County on October 5th, 1995. She was born to succeed with her dad and siblings also having a love of music. Something most don’t know about Ladi Klip is that while she can project her voice across a large and crowded room, she’s only 4’10”. 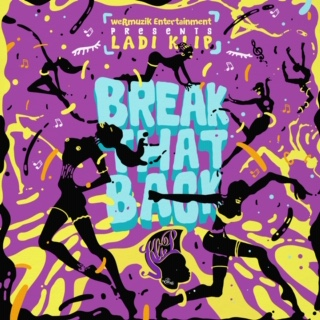 The stage name Klip was coined by the older gentleman when she in middle school and he heard how fast Trina could rap. Trina added Ladi because it’s always Ladi’s first!! Her peers believing in her is what originally influenced her to take her passion seriously and hone it into the craft its become today. A couple artists that have influenced Ladi Klip along the way have been the legendary wordsmith Missy Elliot and the talented and versatile Jamie Fox.

Her first project ‘Take One’ EP was compiled while she as traveling and touring. Having performed on stages across the nation and hitting the booth with some truly influential artists, Ladi Klip has proven that she’s a very innovative and explosive artist. With features from such artists as Lil Flip, and featured in such publications as Urban Mainstream Magazine & Ace Magazine, Ladi Klip is proving that she know her way around this industry and how to hustle to accomplish her dreams and goals.

Not only is Ladi Klip an entertainer, she’s also a songwriter, actress and had a background in music production having been a student at Full Sail University. Starting her own label, weRmuzik Entertainment LLC, Ladi Klip continues to reach the masses and shock the world with her talent. But let’s not forget, hip hop and R&B aren’t the only genre’s you can find Ladi Klip she also has a number of EDM/House music tracks as well. Raised in Camarillo, CA, Juul Contráe is an artist and songwriter. He has just released …