$uicidal $hadow – The Song Is Over Fast 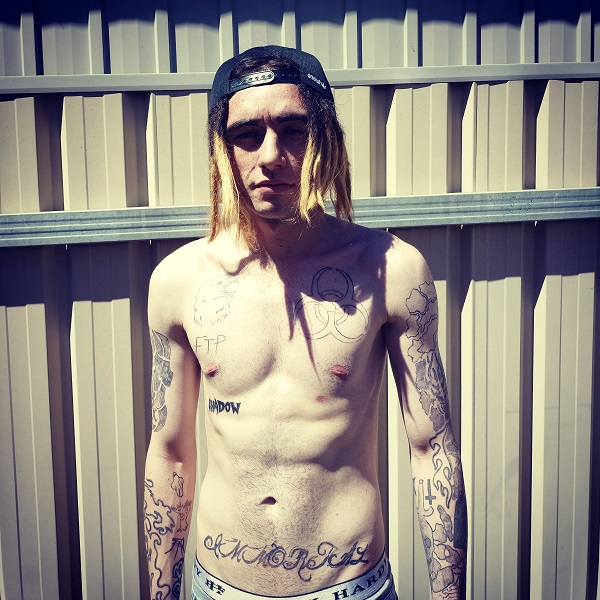 ADELAIDE, AUSTRALIA – Fans of artists such as $uicideboy$, Pop Smoke City Morgue, and Ghostemane will be ecstatic to learn of a new artist out of Australia who is bringing a new wave of excellence to the Dark Rap genre. $uicidal $hadow is a young 21-year-old artist from Adelaide who has been producing EDM music for the past two years, and over the course of the past few months has evolved into a more dark, underground Rap sound. It’s a style that is showcased on his new single, “This Song is Over Fast,” which is currently available across all streaming platforms.

As the title indicates, the song is short in length – only slightly more than one minute – but it packs a punch in that little amount of time. $uicidal $hadow hits listeners with some dark lyrics that touch on murder, death and drugs, all within 60 seconds. Though it’s a quick hit of his new style, it serves as an introduction to the new kind of music he’s making and paves the way for the singles he wants to release this year.

“I’m constantly making music and will be releasing a single every week this year,” he said. “My inspiration is that underground, alternative type of stuff but with a bit of humor. I like the style and the beats. It’s real catchy for me, and I know it is for a lot of others, too. What I bring that others don’t is that my beats can change up quite easily. Also, I have dark lyric but I can make my voice more light-sounding. I can move from that lighter to darker side quite easily.”

Though his music is dark, his personality is anything but. In fact, most people who know him would say he’s not really a serious kind of person and prefers to be more laid back and have fun with life. He likes to make jokes and often helps others see the humorous side of life. But when he gets in the studio, he’s a dark rapper.

“I just like to explore the darker side of the world through my music,” he said. “I know it’s not the happiest stuff, but bad things happen in this world and this is the personality I’ve developed over the years due to various circumstances – like losing jobs and depression and stuff like that. I know that as life moves on, I’ll probably switch up my style a little and mix it around to see what does best for me. But this is the sound I’m going for right now and I think people who like that kind of music will really love it.”

To listen to $uicidal $hadow’s music or to follow him on social media, please visit:

“This Song Is Over Fast”