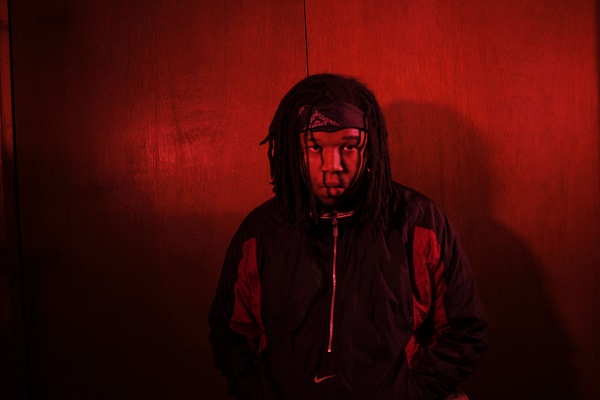 CHICAGO, IL – There’s a lot of darker stuff going on in the world, and Chicago-based rapper Vondo has experienced more than his fair share of those hardships. But his music isn’t the kind of dark sounding edgy content that would be reflective of those difficult times. No … His music is quite the opposite actually, and it’s his hope that more and more of his music going out into the world will uplift people from all walks of life and bring some light to this otherwise dark time in the world’s history.

That’s not to say that he doesn’t carry scars and deal with pain like most others in the world. Those who meet him wouldn’t call him a happy-go-lucky guy, but they would say he’s human and that he finds a way to smile through the hurt.

“I’m a unique person for someone my age,” said the 20-year-old artist. “I’ve been through a lot more than most people, and I want to be a light to the world to help other people through similar situations. There’s a lot of darker stuff going on in this world and I want to be a breath of fresh air, a light in ways that give back. That’s why my music is filled with positive vibes and messages.”

Two of his most recently released singles put that uplifting vibe on full display. The first is a song called “Untitled.” It’s a song that upon first listening people might consider to be a sadder song, but Vondo emphasizes that the whole point of the song is to take listeners on a journey that leads them to a happier place at the end. It’s the first song that he said he wrote, produced and engineered entirely on his own, and the multiple messages encapsulated throughout the course of the song are so numerous that he eventually decided the name “Untitled” was the perfect fit.

That single was followed by “Too Fast,” which is a fun, upbeat song that showcases Vondo’s skills as a rapper. He considers it to be one of his best rap songs and he’s proud of the rapid and choppy flows he’s able to bring to fans with this one.

Vondo said his focus going into the summer is to make a number of music videos to go with his recently released singles, while also working on a larger project that he might drop before the end of the year.

“With all of my music, people will be able to see my versatility and the fact that I do a lot of the stuff on my own, which sets me apart from anyone else,” he said. “By doing that, I can engineer and produce and create different sounds than you might hear otherwise. I do that because I always want to have that creative input in my music and I figured, if anyone is going to make the kind of music I want to listen to, it might as well be me.”

To listen to Vondo’s music or to follow him on social media, please visit: