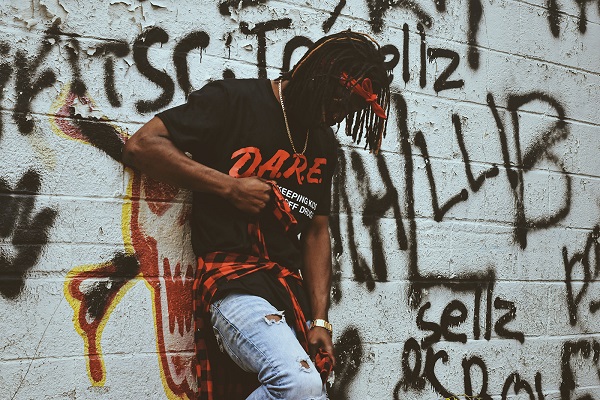 FLINT, MI – It only takes one or two listens of one of Wahyo’s hit singles to get a feel for this naturally talented young artist’s signature style. It’s a style that’s different than anything anyone else is doing today in the music industry. With a combination of commercial appeal and cutting edge experimentation, Wahyo’s music evokes emotions that make people want to get up and have a good time. His music speaks for itself, and those feel-good vibes are put on full display with his new album “Class of 85,” which is currently available across all streaming platforms.

As a self-made artist, Wahyo takes pride in the fact that this project is one that he did all on his own – from production to writing to rapping and everything in between. It’s an album that shows the world just what he’s capable of as an artist, and many early listeners of his work are comparing him to early J.Cole or Kanye West vibes.

“It’s me expressing my talents to the world,” Wahyo said of the album. “I was born in 1985 and the whole project is about me and how I see the world. I think it’s just a feel-good vibe that makes you appreciate the music in a way that almost anyone can like. It has nice production, nice lyrics, and is well-put-together.”
Wahyo is a rapper and producer from Flint, Michigan who grew up with parents who introduced him to Hip Hop and R&B at a young age. He got his start in music in third grade when he joined the school band. His mother told him that the flute was the easiest instrument to learn, so he began with that. By sixth grade he was writing Raps, and most of his friends were surprised at how good he was. In middle school, he started really exploring his natural affinity for music and started studying artists like Mase and DMX, the latter of whom hails from Yonkers in New York. Wahyo affected DMX’s deep growl so much that his friends started referring to him as Young Yonkers, which eventually evolved into Y-O … which served as the foundation for his stage name today.

Under that moniker, Wahyo has been making hit after hit. The first two singles from his album, “Good Morning” and “Chitty Chitty Bang Bang,” are perfect examples of how his unique sound and style are causing a buzz in the music industry and rapidly gathering him an international fanbase. The first is an autobiographical song that examines some of his life’s experiences while also giving listeners “a piece of me and my soul,” he said.

“It’s drawing back the curtain and letting you get a peek at my life,” he said. “But it’s a feel-good song. So is ‘Chitty Chitty Bang Bang.’ That one has an old-school Hip Hop feel to it. It’s just a dope beat with dope lyrics over it. At the end of the day, I just want my music to be known for quality. I want to be known as an artist who makes amazing, dope vibes that make people feel good – music that people can play for any type of mood they’re having. I want my music to be played in so many different scenarios and with so many different types of feelings that I eventually become a household name.”

To listen to Wahyo’s music or to follow him on social media, please visit: