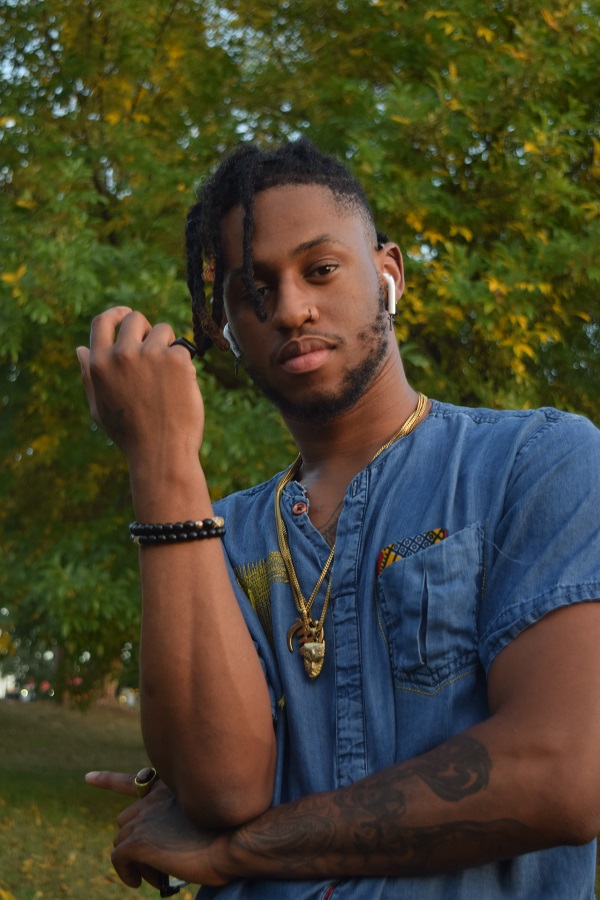 HOUSTON, TX – You can get a lot more out of what you want in life if you know how to mack. That’s the sentiment behind the new album “MackingAintDead” from Texas-based artist Zanu. The Hip Hop project with heavy influences of R&B and Afrobeats is the culmination of two years’ worth of work from this up-and-coming young artist. At only age 22 he’s starting to garner attention throughout the South, and with this new album, is primed to leave his mark on the national stage.

“I want to be more than just an artist and entertainer,” he said. “I want to be the greatest showman there is. I want to redefine what an emcee is in modern day Hip Hop. I want to put on the greatest show the world has ever seen. I came from a lineage that knew nothing but excellence. My granddad came from the villages of Ghana and became a diplomat. My mom is a doctor and my pop is a businessman. My older sister is out here making moves with her life, just like me. I’ve trained in music for more than 10 years and I believe I got what it takes to be the best – to be one of those larger-than-life-artists. This is an album from a winner’s perspective. It’s an album about being the best in the room – the king. You want to learn how to win? Listen to the man born winning. Listen to the man born macking. Because “Mackingaintdead” man. My music comes from the perspective of unapologetic royalty, excellence, and bravado. I’m changing the world and I’ll look good as hell while doing it.”

Zanu said he started his journey as a musician when at the age of 7 he began learning how to play the piano. At age 8, he started dancing and by age 11, he was rapping and writing his own music. He grew up listening to Hip Hop and R&B, as well as Afrobeats – all of which find their way into his music in one way or another. This is especially true of his album’s debut single, “Heathens,” which already has more than 15,000 streams since its release less than two months ago.

“It’s a fun vibe that my producer friend helped out with by adding some bells and high hats,” Zanu said. “We made it three years ago and I sat on it because I didn’t have the right lyrics for it. Then I was chilling one day and having fun and just started rapping. I was calling my friends heathens because we’re out here trying to get shit done and looking good doing it. We were always getting paid because we’re always on top of our shit. Girls want to be with a boss – with a heathen. You can be a boss without trying to be the hardest in the room. I don’t want to be the token black guy in the crowd. I’m running just as good as anyone else, or even better. All of that came together on this song.”

Zanu said he’s excited for new fans to get a taste of his music and ultimately, he has aspirations of creating music that will be known throughout the world. He wants to bring a new vision of Hip Hop that people have never heard before – something that breathes new life into an already lively genre.

To listen to Zanu’s music or to follow him on social media, please visit: