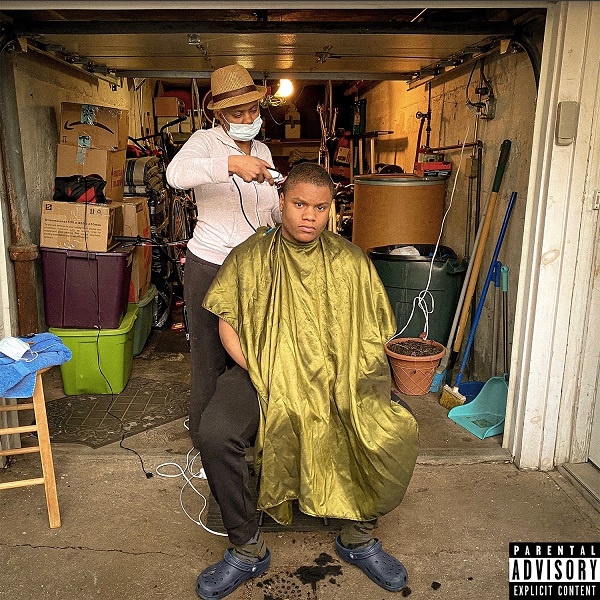 BROOKLYN, NY – On Feb. 21, the new EP from East Coast artist Zeke Riley will make a major splash across all digital streaming platforms. Serving as the culmination of this young musician’s hard work of the past few years, “Quarantine Pack” is a powerhouse of songs that not only display an adept ability to flow with deep lyrics, but also showcase a sound and style that is a fresh take on the Hip Hop genre.

The first single from the project, “Two Checks,” is perhaps the best example of Zeke’s signature style. Made during the quarantine of 2020, the song takes listeners on a journey through Zeke’s experiences – from the passing of his grandmother to the up-and-down relationship to family affairs and more. Calling it a “therapeutic endeavor” as he wrote it, Zeke says the song will connect with a lot of other people in the world who have had a rough go of it over the past year.

“Everything was put on hold during 2020 and a lot of bad stuff happened,” he said. “This song started out with me venting, and then it took off and I didn’t expect it to turn into what it turned into. It’s a very in-touch-with-myself kind of song – one of those songs that forces you to look in the mirror. It’s really important to me, and I think other people will find that it’s an important song for them, too.”

Born and raised in Brooklyn, Zeke has always been a student of music. He grew up in the church but Hip Hop was always around him. Nelly was the first rapper he heard at 3 years old. As he grew older, he got into Lil Wayne and Kendrick Lamar. He said those artists showed him a blueprint, of sorts, as to how it could be possible for him to pursue a career in music. He started writing music and rapping at age 9, and by his junior year of high school, he’d made a name for himself in New York. He was invited to a program at Carnegie Hall where he collectively worked with other students and his friends to create new music. They started the music group FLU, which stands for Forever Living Unified. They turned the group into an official multimedia company in October 2020. His first single “Crash” featuring Lou Mack and Franko Dots was released in September 2020.

With “Quarantine Pack,” Zeke continues to expand as a young artist, exploring different sounds and evolving as an artist. His music is gaining an ever-widening international audience, and he said he’s excited to see what the next steps will be following the release of the forthcoming EP.

“I just want to be known for being myself,” he said. “Variety is important and I want people to know that no matter where you’re from or what part of your life you’re in, people can relate to you. You’re never alone. I’m big on bringing people along from outside different walks of life. If you’re here to make music or have a good time or to do anything artistically, just come along with us.”

To listen to Zeke Riley’s music or to follow him on social media, please visit: