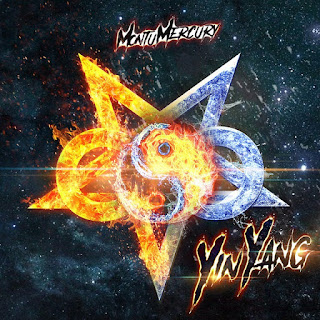 Montu Mercury drops his latest single YinYang on all major streaming platforms click that image above to check it out. If you like what you hear make sure to ggive his bio a read below to get familiar with a dope up aand coming artists. Follow his social media also listed below.
Twitter https://twitter.com/MontuMerc
Instagram https://www.instagram.com/montumerc/
UnitedMasters https://unitedmasters.com/montu-mercury

Montu Mercury was raised in Saint Louis, MO. Growing up as a 90s kid, he was attracted to the sound of hip hop early on and was very intrigued by the horror-core movement. As a great observer and listener, Montu had a major influence in music from mentors within the culture through hands on experience. This has laid the foundation of the code he lives by today, “The best creations arise through destruction.” Montu Mercury deeply resonates with the legendary Tupac Shakur aka Makaveli. The struggles, trauma, views, and art shared by 2pac has hit home the most for Montu. “In this corrupt world, you gotta not give a fuck and do what’s best for you. Makaveli taught us to be passionate about that.” From his own words, this has been something Montu lives up to through every record he creates. From Soundcloud to Spotify, Montu has stayed consistent over the years dropping back to back singles. He has worked with multi-platinum & Grammy nominated producers such as J. Rob, Chopsquad DJ, NY Bangerz, The BeatDemons, & K.E On The Track. Montu’s biggest music video on YouTube entitled “Darkness” released Oct 2016 attracted over 30K views in just a month from various blogs. It was a profound flip of Marilyn Manson’s produced hit “Great Big White World”. During 2020, at the spark of the global plandemic; Montu brought forth the his most streamed single yet, the vicious “Vampire” followed by the wicked “666” leading from his debut album “The Realm of Merc.” In 2021 he shared the importance of facing your darkside by releasing “SHADOW” followed by “Embrace The Struggle” the hard hitting trap motivation to never give up on your journey. 2022 now leads us into “YinYang” the dualistic perspective you’ve musically been lacking all decade.