Artist and producer, Dolla Bill—otherwise known as Will Francis—weaves multiple genres into his latest single, “House on the Hill.” The three featured tracks on his EP “3 Dolla,” demonstrate musical exploration while diving into the artist’s personal experience.

Inspired by everyday life, Dolla looked close to home to write his single. “Men are always trying to please their women. My wife wanted a nice house and I’m always trying to please her. That’s where ‘House on the Hill’ came from. I combined the whole idea of pleasing her with building a hip-hop song around the imagery. I’m a visual person. The cover art on the record shows the house and a money bag symbol.”

For his writing process, Dolla Bill began with the concept and visuals, then moved from lyrics to melody. “I jotted down the lyrics, then started to flow over them. Then the song kind of broke open. The pre-chorus and chorus came. Then the melody came. That’s how the song evolved.”

Musically, “House on the Hill” explores various genres through smooth transitions. “I’ve never really done a song before that includes rap, spoken word, and melody in the same package,” shares the artist. “It’s always been either hip hop, rap, or a singer-songwriter type thing.” The single begins with an instrumental intro, then transitions into spoken word that sets the mood of the song. After the first verse, the pre-chorus leads the way for the rap element. It is a song that flows from one method to another, demonstrating Dolla’s ability to fuse genres and explore sound.

“I think someone who has never heard it before will appreciate the transitions in the song and the vibe. It’s a laid-back vibe, not hard rap, not gangster rap—more of lo-fi rap,” explains Dolla Bill. “The song crescendos with the chorus.”

A New Jersey native, Dolla Bill relocated to North Carolina in 2013 and jumped straight into the local music scene. “I got into hip hop partly because of the environment I was living in, listening experience and partly by accident. As I was recording one of my singer-songwriter tracks, I couldn’t get the vocal right for it, so I started speaking the words and rhyming them and recorded for the heck of it. As I listened back, I thought ‘wow, this sounds like it could be hip hop. So I tried the next recording more intense, faster. It sounded better than the original singer/songwriter version.’ That’s how I got into it.” 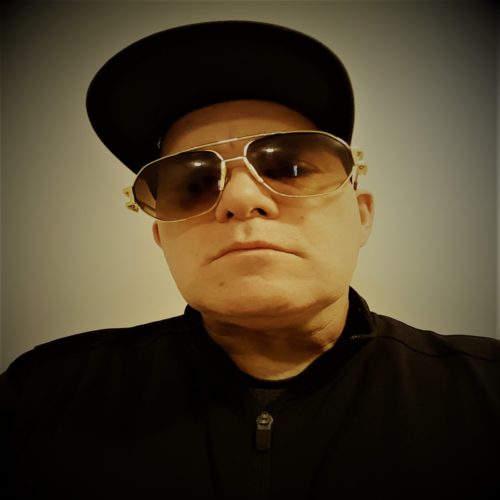 At home in North Carolina, Dolla Bill’s day job spontaneously became a place of constructive feedback and collaboration when he began sharing his music with coworkers. “If someone asks where they can find my music, I always give them the links,” shares Dolla of his word-of-mouth strategy. “People respect you more when you put yourself out there as an artist. Sometimes I’ll even drop some bars on the spot.”

In the coming year, Dolla Bill plans to revisit and reinvent some of his earlier works—all while creating new music as it comes. “As soon as the creative fire starts, songs start rolling out,” shares the artist. “There are phases an artist goes through. Sometimes you’re in a creative mode, really focused on writing lyrics, composing, putting songs together. Then there’s the other phase of maybe not doing much of anything but that fire is still burning a little bit. Then another phase is the more technical end of music—not creating but polishing and reinventing and going back into tracks and re-engineering new mixes. Then next thing I know, I’m putting pen to paper again, writing and producing.”

In the lifecycle of a musician, it’s the ebb and flow that keeps things interesting for Dolla Bill. “The road can be long, hard, tough and more times than not, a dead end. What I have to remember is when I gauge any kind of success, gain or victories,  it’s where I come from and reflect back on when I first started doing music. This is what I’m supposed to be doing. That was then and this is now. I’m in a better space both, musically, as an artist and in life.”

Make sure to stay connected to Dolla Bill on all platforms for new music, videos, and social posts.