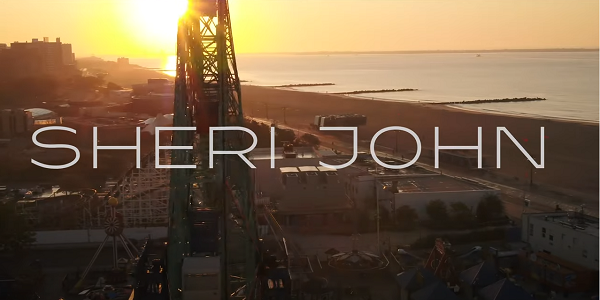 The track takes you back to that 90s love vibe with a soft sultry melodic flow. You can just close your eyes and this song will take you to your summer paradise. Love Garden reminds you of the first date feels or a summer love fantasy. Both giving goosebumps and anticipation of what is next. Love Garden’s visuals match the fresh new feeling of emotions that fans can relate to. The single arrives on Sheri John’s next musical push to let fans know she is still around and ready to bless them with new music. Stream “Love Garden” on all platforms:
https://ffm.to/sherijohn

“A lot of people give up, but you can’t stop me. If you close the door, I’ll just jump out the window” stated one of Sheri John’s biggest inspirations Diane Warren. The Brooklyn songstress fell in love with the power of music at the tender age of 3. With the same tenacity found in the initial quote, Sheri John began creating her own songs that depicted the world that R&B took her to. Her other inspirations are prominent songwriters Esther Dean and Ne-Yo. By 16, Sheri John was a songwriting machine. She would go on to attend Long Island University-Brooklyn Campus to study music. Sheri toured across the country expanding her fanbase and was granted the opportunity to open up for multi-platinum R&B artist Ginuwine. Sheri John’s music has been featured in several short films, web series, and other award-winning projects. Along with her best friend, Sheri launched their independent record label Visions Out Loud Entertainment LLC. However, this businesswoman will never stray too far from her artistry.