Long before being invited to rock the stage at Lil Boosie’s block party the mudd bruddas knew they were on the road for greatness. Coming out the streets of Cleveland Ohio and becoming while attending Euclid high school Dominique McCreary (Dom), Darieon McCreary (Jumpman Sosa) and D’Ante Jones (Campaign Tae) were pushing their music wave into full drive. The different edge sounds that is the Mudd Bruddas shows that the things that they been through like Campaign Tae’s loss of his father at the age of 10 and his mom just a year later or Jumpman Sosa love for music being started by becoming a drummer at the age of 5 in his local church, and Dom’s loves starts by hearing Lil Wayne spit on the song bling, that the group bond and wave is connected and works perfectly together. With numerous freestyles and songs under the groups belt the rap underground scene began to take notice and started asking for more in which the group provided. Now being added to Damien ‘Dame’ Taylor label imprint the group can only go up from here. 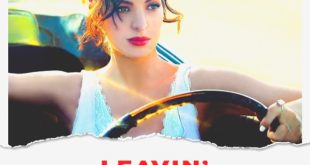 QuiSoul is taking back the power with her latest EP 4  OAKLAND, CA – A fresh …