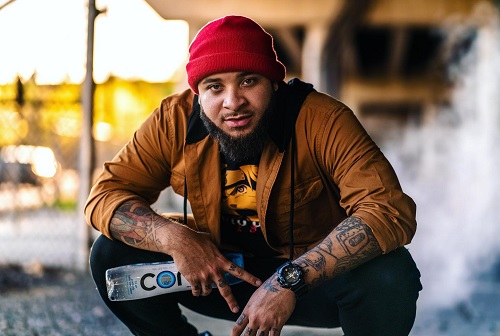 Aspiring Jersey/Philly rapper Dre Carter is well known for his lyrical ability and versatility as an artist. The multi-talented wordsmith is a trendsetting Rap artist with an international appeal who delivers vivid rhymes and smooth flows. His skillful wordplay and witty metaphors paint precise pictures. The Award-winning rapper’s cadence and penmanship are top-notch. He shows off a complete package of artistry. His distinct voice and eclectic sound make him a rare commodity on the independent music landscape.

Today, the buzzing Rap phenom announces his critically-acclaimed and powerful new album “Digital Dementia.” Released fully independently, “Digital Dementia” will be available on August 26, 2022 via Spotify and all online retailers including iTunes, Apple Music, Amazon Music, Deezer and many more.

“Digital Dementia” is a solid effort that fully exhibits Dre Carter’s passion and dedication to his craft. Part of what makes him so intriguing is his ability to connect with his listeners. There is an undercurrent of realness and authenticity in his voice. He is living proof that when you follow your heart’s direction it leads you to your passion.

“The concept of ‘Digital Dementia’ comes from people today not remember who they are because of social media. We get so lost in seeing other peoples joy and idea of life that sometimes we forget to live our own,” Dre Carter explains. Adding, “Everyday we all deal with struggles that we want to escape but that doesn’t mean we shouldn’t completely abandon reality. I speak a lot on the real issues we all face but just might be too afraid to admit to the outside world.”

Armed with a pen, a microphone and an unshakable will to succeed, the unique and energetic storyteller is making an impact on the independent music scene and beyond. Dre Carter was already featured in prestigious publications such as AllHipHop.com, HipHopWeekly.com, YoRaps.com, ThisIs50.com, Yahoo News and many more.

Up to now, Dre Carter has been releasing a slew of incredible singles. He puts a lot of heart and soul into his music. His fans respect the fact that he is pure and authentic. There is a lot of vision behind his music. This emerging Rap phenom is being showered with praises and admiration for his diverse style and captivating image. With a staunch at simply making good music, Dre Carter is sure everyone will relate and love his sound, no matter where you are from and what age you are.